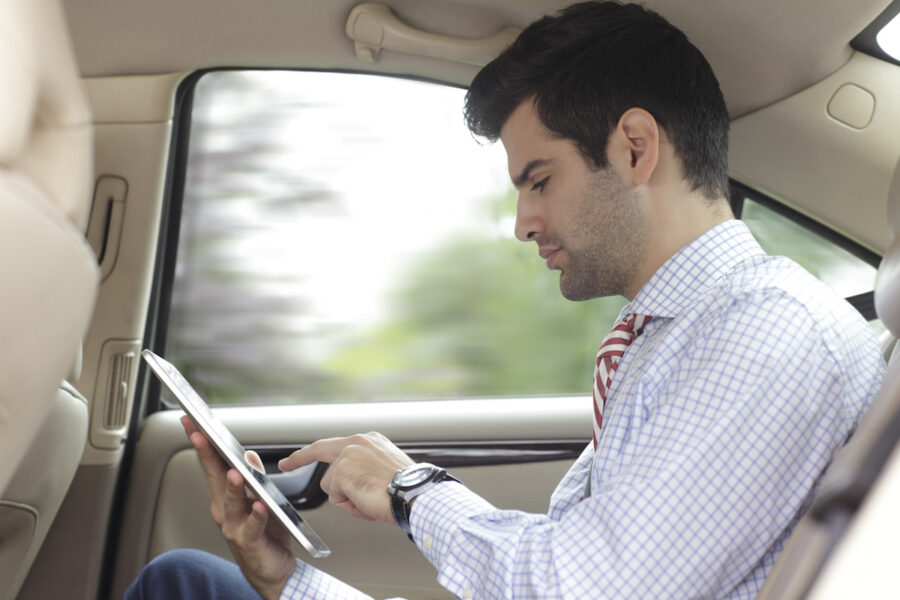 What Hamilton is doing about Uber

Technology has the power to drastically improve our lives. Its influence is ubiquitous—an understatement, I know. But it can also uproot an industry for better or worse. It can challenge longstanding regulations that have been instilled to ensure a level playing field for businesses, and the safety of consumers. Finding the balance between innovation and responsibility is challenging. And, depending on who you ask, it’s a balance not yet struck amongst the revolutionary ride-share application Uber.

For those not familiar with the app, Uber is a technology company that connects local drivers with passengers, all with the click of a button. You input your destination, it calculates your fees, and all transactions are made through your phone. No cash, no clunky debit machines, no tips. The company was founded in San Francisco five years ago, and has since expanded its service to over 200 cities. Currently valuated at a staggering $18 billion, it is second only to Facebook in a list of most valuable venture-backed companies. Its pragmatic approach to an antiquated taxi system appears to be a busy passenger’s dream come true. Well, almost.

Uber doesn’t consider itself a taxi company, merely a tech company. The service it provides, says the company, is the platform, not the drivers. Its drivers are contractors, not employees. And Uber sees itself exempt from the regulations of a conventional taxi service. It’s a risky outlook for a company that has made a habit of establishing business within a city, unannounced. And it’s even riskier for consumers, which is why the City of Hamilton has taken the initiative to sit down with Uber and inquire about its business plans regarding the city.

“When you get into a taxi cab, they have been licensed by the city. We check their insurance. We make sure that they have proof of insurance and that the car is not more than 6 years old, that it has undergone regular inspection. We have a staff dedicated to just ensuring that our cabs are safe,” said Ann Lamanes, Communications Officer with the City of Hamilton.

“When you get into a cab, or I guess one of these vehicles that you’ve called upon through the Uber app, you have none of those assurances. You have no idea who the driver is. You have no idea if they have a police record. That’s a big concern that Uber has yet to respond to.”

The city has no intentions of giving Uber a free pass when it comes to regulations, Lamanes added.

Uber’s presence in Toronto has caused a significant backlash since it first began operations in the city this summer. The City of Toronto has since charged the tech company with 25 municipal licensing offences, including operation of an unlicensed taxi brokerage and unlicensed limo service.

Yet, the technology is here to stay, says Mayor Fred Eisenberger. “This is sweeping the world whether we like it or not,” he told the General Issues Committee earlier this month. “Let’s make sure we at least understand what’s coming our way.”

Although Uber’s service is not currently available in the city, it has certainly caught the attention of Hamiltonians. In an Urbanicity poll, we asked readers if they believe Hamilton should embrace the app. A little over 50 per cent voted in favour of welcome the app with open arms. Meanwhile, 23 per cent don’t want the app service in the city, and nearly 14 per cent believe it couldn’t hurt.

Kevin Browne, founder of Software Hamilton and Professor of Computer Science & Information Technology at Mohawk College, recognizes the transitive power of this technology.

“Ordering a ride with an app is nice, but what’s truly different about Uber is that the driver isn’t a licensed taxi driver. Uber is basically creating an all new two-sided market matching unregulated drivers to paying passengers, the technology is really just enabling that market to form.”

But Browne also emphasizes that tech companies such as Uber have an obligation to work alongside the cities within which it operates.

“Uber is something new entirely, and it will take time to figure out what that means and how it should be regulated.  In the meantime, the company should respect existing laws and try to work with governments to determine how they can operate.”

There are plenty of risks and benefits to ride-share technology such as Uber. And the city should be commemorated for its proactive response. Let’s just hope the initiative can find a balance between innovation and responsibility.