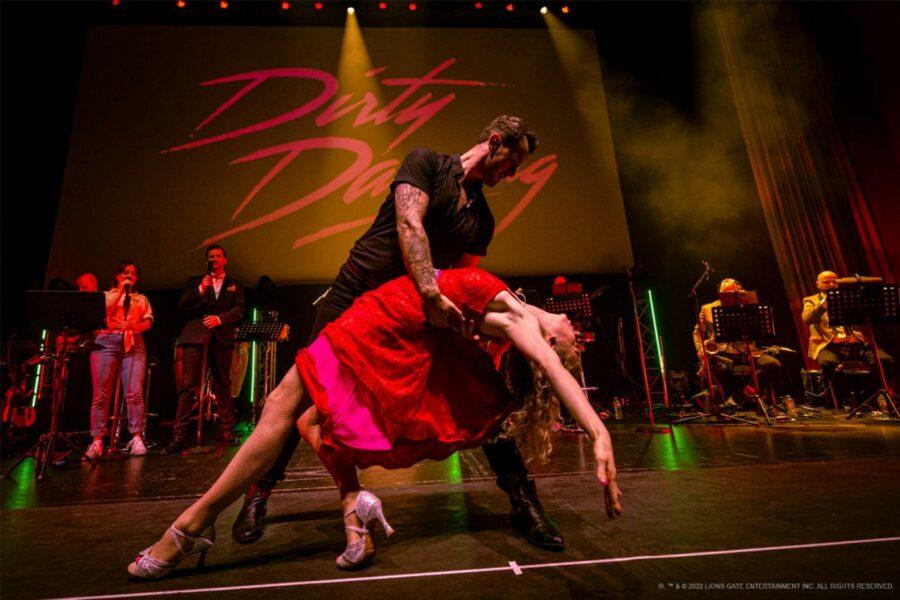 You can see Dirty Dancing in Concert this week in Hamilton

Fans of the classic 80s film Dirty Dancing can experience the film in a whole new way at Dirty Dancing in Concert at FirstOntario Concert Hall this Wednesday, November 2, 2022.

In celebration of the film’s 35th anniversary, the hit film will be shown on a full-size cinema screen with a band and singers live on stage. Hearing the soundtrack that defined a generation live is sure to bring a thrilling new experience to the 80s classic! 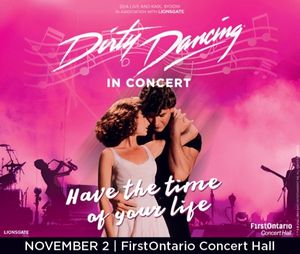 After a complete screening of the digitally remastered film with performers playing in sync, there will be an encore party where you can sing and dance along with the band to your favourite Dirty Dancing songs.

The Dirty Dancing film starred Patrick Swayze and Jennifer Grey in their most iconic movie roles and was a box-office sensation when it was released in 1987. The soundtrack produced two multi-platinum albums and multiple singles, including the Academy Award®-winning best original song “(I’ve Had) The Time of My Life“.

Having grossed more than $213 million worldwide, Dirty Dancing continues to capture the hearts of audiences everywhere 35 years later. Tickets can be purchased through Ticketmaster or in person at the FirstOntario Insurance Brokers Box Office at FirstOntario Centre.