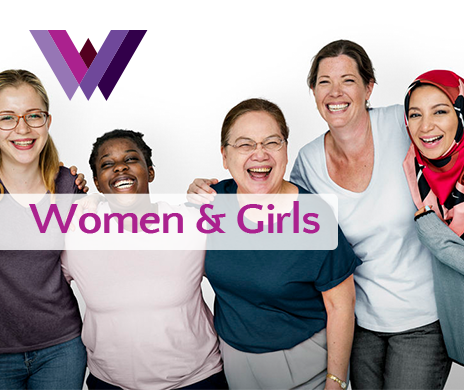 For the first time in recent memory, the Women of Distinction Awards — now in their 42nd year — will fall on International Women’s Day. Recognizing the outstanding achievements of women and organizations in the Hamilton community, they are awarded in nine categories. Each award honours leaders who are committed to the development of other women and the overall improvement of the community.

International Women’s Day celebrates the social, economic, cultural, and political achievements of women. It’s also a call to action for accelerating gender parity. By honouring the work of women leaders in our community, YWCA Hamilton believes that the Women of Distinction Awards make a statement, telling girls and other women that their aspirations matter and are achievable. By turning the spotlight on women leaders in our community, the Women of Distinction Awards are paving the way toward a brighter future for women in our community.

Recognizing the achievements of women is more important than ever. Recently, YWCA Hamilton, in partnership with McMaster University, released the second installment of the EXCLerator Report, the first comprehensive investigation into diverse leadership representation in Hamilton and Halton. This report analyzes findings against our initial 2014 benchmark data, allowing us to evaluate progress and identify setbacks in women’s leadership trajectories across nine employment sectors. The report found that women are underrepresented in leadership roles across virtually all employment sectors, especially in the Corporate sector.

When we fail to support and recognize women leaders, we fail the future of our city. We also fail a new generation of aspiring female leaders who are searching for role models. At YWCA Hamilton, it is important to us to create a culture that makes women’s achievements visible to young women and girls. Women can’t be what they don’t see.
As the Women of Distinction Awards approach, I applaud the work of all 34 nominees; however, I am especially inspired by the work of young women who have been nominated in the Young Woman of Distinction category. These five women are contributing to a better Hamilton through their work in social justice, science, and gender equality. Among them is a passionate advocate for the role of music in health care, a woman who provides peer support to survivors of gender-based violence, and a champion of education for girls in low-income countries. Each passionate community builder is a role model to her peers and others in the Hamilton community.

Chelsea is a passionate advocate for the role of music in health care. She is committed to reducing isolation and loneliness in seniors through her research, education, employment, and volunteerism. She believes that intergenerational music interactions between youth and seniors not only improves the lives of seniors, but also creates more cohesive, respectful, and collaborative communities.

Shaarujaa Nadarajah
Shaarujaa is a fourth-year Life Sciences student at McMaster University. She is engaged in student life through her involvement with philanthropic clubs and student governance. She has a particular interest in increasing training for sexual violence prevention on university campuses and to break electoral barriers that exist for women, particularly those from marginalized and disadvantaged groups.

Ushma Purohit
Ushma is a prominent leader on the McMaster campus who is a role model to many. As an avid intersectional feminist, she founded the first Canadian chapter of the organization. She’s the First, which champions education of girls in low-income countries. Ushma’s work aims to combine her interest in health care with her passion for humanitarianism to contribute to the field of mental health.

Padmaja Sreeram
Padmaja is passionate about health and social equity, action-oriented leadership, and active citizenship. She manages an intersectional feminist organization at McMaster University which advocates for, builds community within, and provides peer support to survivors of gender-based violence, women, transgender and non-conforming students. She will join the University of Toronto’s MD program this fall.

Maryam Vaseghi-Shanjani
Since Maryam immigrated to Canada in 2007, she has been expanding her role as an influential female leader through countless roles. She shows a deep understanding of community issues, and she takes part in addressing them through innovative approaches. As a young scientist, she’s driven to pursue her dreams and is a role model who inspires other women to do the same.

We can’t wait to celebrate these women, and others, on March 8th, 2018 at the Hamilton Convention Centre by Carmen’s. To learn more about the event, to read the bios of the 34 incredible nominees, or to buy tickets, visit ywcahamilton.org.