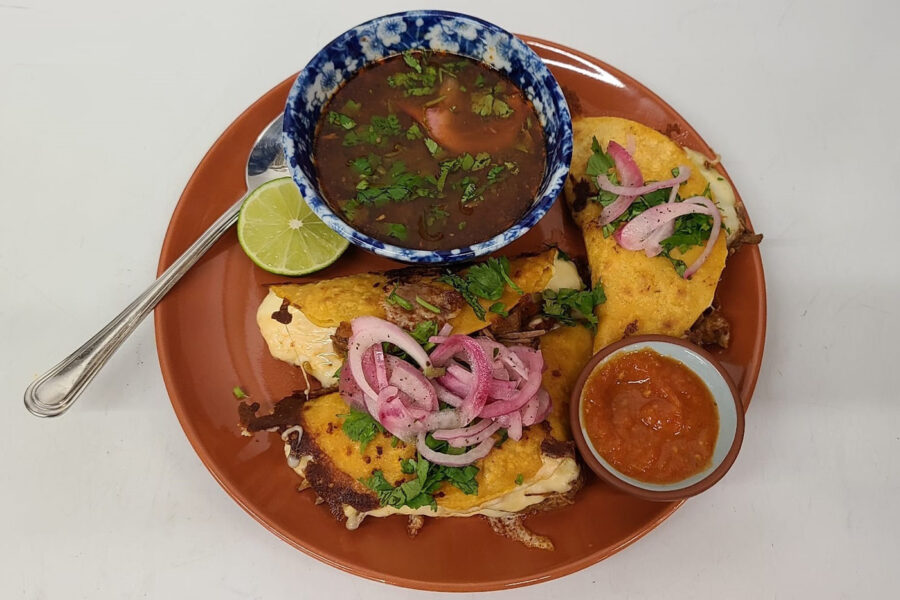 What is Birria? Mexican Kitchen brings a taste of Jalisco to Hamilton

When it comes to Mexican cuisine, birria is a particularly coveted comfort dish.

With origins in the Mexican state of Jalisco, birria is a rich, flavourful meat stew – traditionally made with goat, though lots of variations exist – in an adobo (or marinade) that’s infused with a range of spices like chilies, garlic, thyme, cinnamon, and cumin and cooked low and slow until the meat is delectably tender.

While the stew can be served and enjoyed as-is, it’s not uncommon for the meat to be served in a taco format on fresh corn tortillas, which are then dipped in the stew, pan-fried, and served with consommé on the side for dipping or sipping.

If you haven’t heard of this traditional dish before, I don’t blame you; of the small handful of restaurants in Hamilton offering authentic Mexican and Latin dishes, only a few offer birria; and the ones that do only really started within the last couple of years.

But a tiny hidden gem on the lower level of the Hamilton Farmers’ Market was likely the first to bring birria to the table here in the Hamilton: Mexican Kitchen. 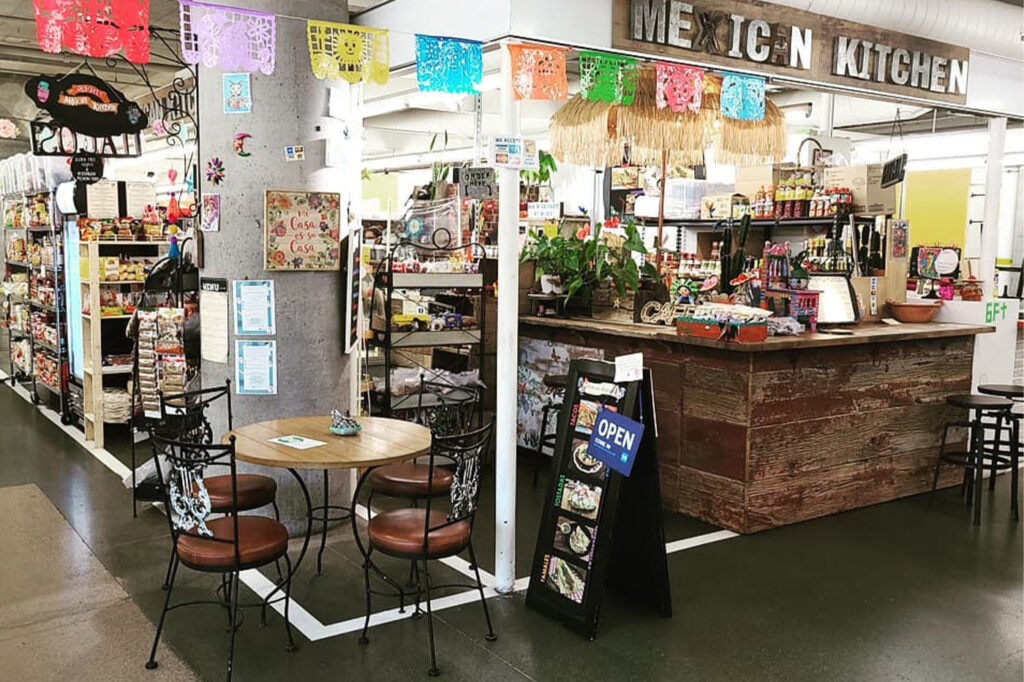 Originally open in 2016, the family-owned Mexican Kitchen has held firm as one of the market’s favourite attractions, taking up residence in the Real Food Court and serving all sorts of traditional, authentic Mexican dishes made in small batches from scratch each day that regularly sell out, from tacos to tamales to tostadas and everything in between.

The spot was initially created as Divine Chocolates and Treats by Carlota Cisneros, who moved to Hamilton from Guadalajara, Mexico and later started to offer other authentic Mexican foods on top of her handmade chocolates as the tiny market stand began to really attract attention.

A few years later, Carlota had been convincing her sister Paola Solis – who still lived in Guadalajara with her family under dangerous conditions – to make the move to Hamilton, offering her the chance to purchase Mexican Kitchen and take over the business.

Solis and her husband, Adolfo Cisneros, soon did just that, arriving in Hamilton almost exactly three years ago in late August of 2018 and taking over Mexican Kitchen with Cisneros as manager and Solis taking the reins as chef.

“Paola comes from a family with the tradition to make Mexican food, she comes from Uruapan Michoacan, the avocado land,” Cisneros says.

“Paola’s grandmother was a great cook who specialized in traditional Mexican food and each of her daughters received and fostered the tradition, however with a family of more than 16 granddaughters, the only one who continues the tradition is Paola. She wants to honour her mother, Aurora Viniegra Luque, and may she continue to live by the taste of her hospitality and the taste of her food, and the smell of her kitchen.” 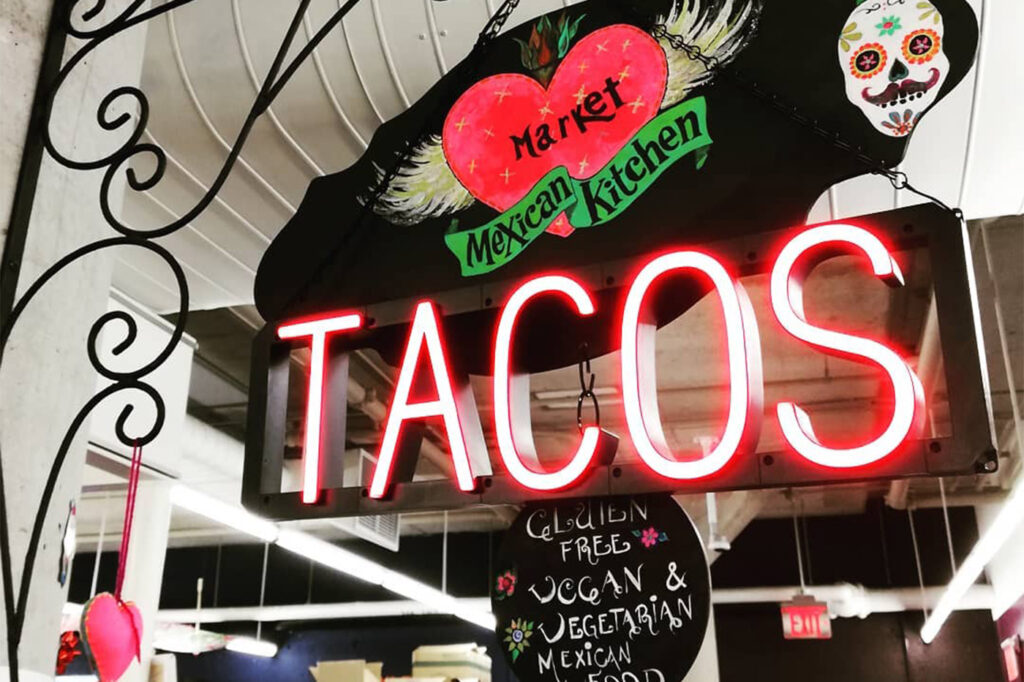 After procuring the business, it didn’t take long before Solis and Cisneros got to work on developing an expanded menu for Mexican Kitchen; including their own take on birria, which Cisneros says was inspired by his research which found that, apparently, no one else in Hamilton was making the dish yet.

Their version, which they’ve named Birria-Barbacoa, is made with braised beef that’s slow-cooked in a special 3-chile sauce and a fragrant blend of select spices. It has become an enduring hit at Mexican Kitchen ever since, with the dish moving from initially being offered only on Saturdays to its expansion into a key staple of their menu. 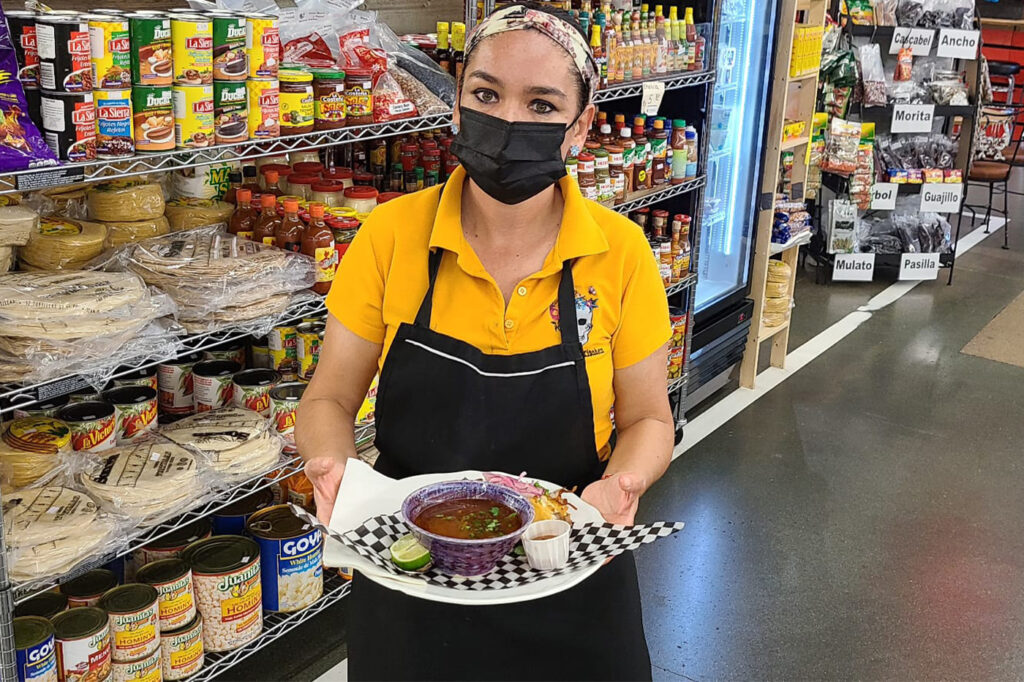 Today, possibly due to some of Mexican Kitchen’s original influence, a couple of other spots in the Hammer – Like Maria’s Tortas Jalisco and Latin Food & Products – have got their own recipes for birria on the menu. Some Tex-Mex joints like Amigos in Hess Village have also tried their hand at a take.

Birria has even gained momentum in the wider GTHA recently, becoming a bit of a foodie trend in the last year or so in cities like Toronto, which saw a recent explosion in restaurants offering their version of the social media-friendly dish.

But while some spots may simply be jumping on birria as a fleeting trend, Mexican Kitchen is noteworthy for the care, passion, authenticity, and time-honoured tradition they put into their version alongside the rest of their beloved menu.

“Paola loves to say, ‘We always cook with love for everybody,’” adds Cisneros.

That love certainly comes through in the flavourful, homemade food at Hamilton’s Mexican Kitchen.

Check out Mexican Kitchen at the Hamilton Farmers’ Market during the market’s hours of operations, and learn more on their website. Online ordering is available here during Market hours on Tuesdays, Thursdays, Fridays, and Saturdays from 10 am to 4 pm.