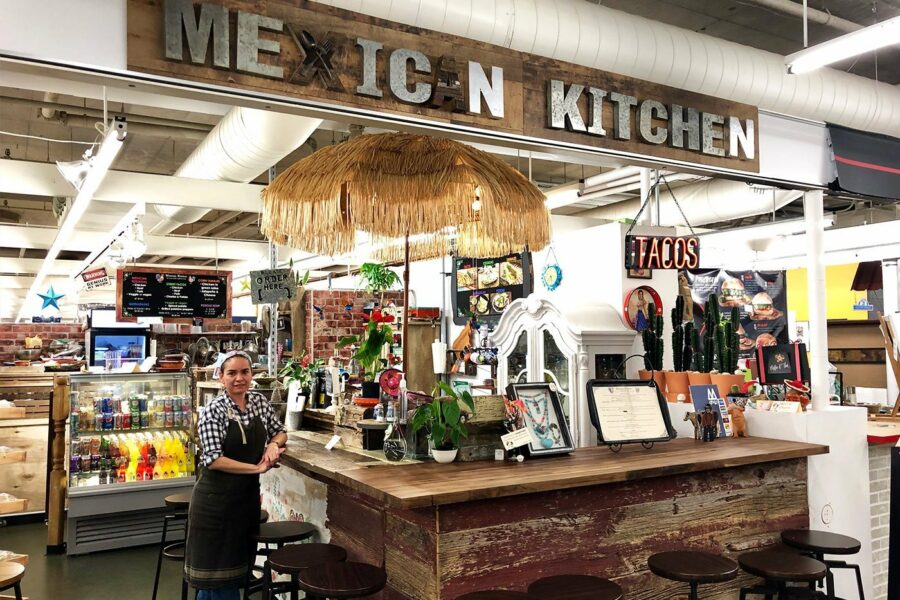 Mexican Kitchen puts the passion and tradition back into tacos

With the warm May weather creeping in, Hamiltonians are emerging from their hibernation and descending upon the local patios and restaurants, becoming reacquainted with the outside world and the city’s food scene. It’s also the month of Cinco de Mayo – the 5th of May – commemorating the Mexican army’s victory over France at the Battle of Puebla (just so you know what you’re raising your margarita glass to every year).

It’s hard to ignore the hotbed of Mexican and Mexican-influenced restaurants that have cropped up in Hamilton. Years ago, the options were far more limited. In my preteen years of having an underdeveloped palette for ethnic foods, I shamefully recall scratching my “Mexican” itch with a Cheesy Gordita Crunch (if you know, you know).

Today there are arguably more taco and burrito joints in the downtown core than any other cuisine. Some of these spots host families, others host the late night crowd after last call, and all of them boast their own spin on a culture of food that is as rich in history as it is in flavour. 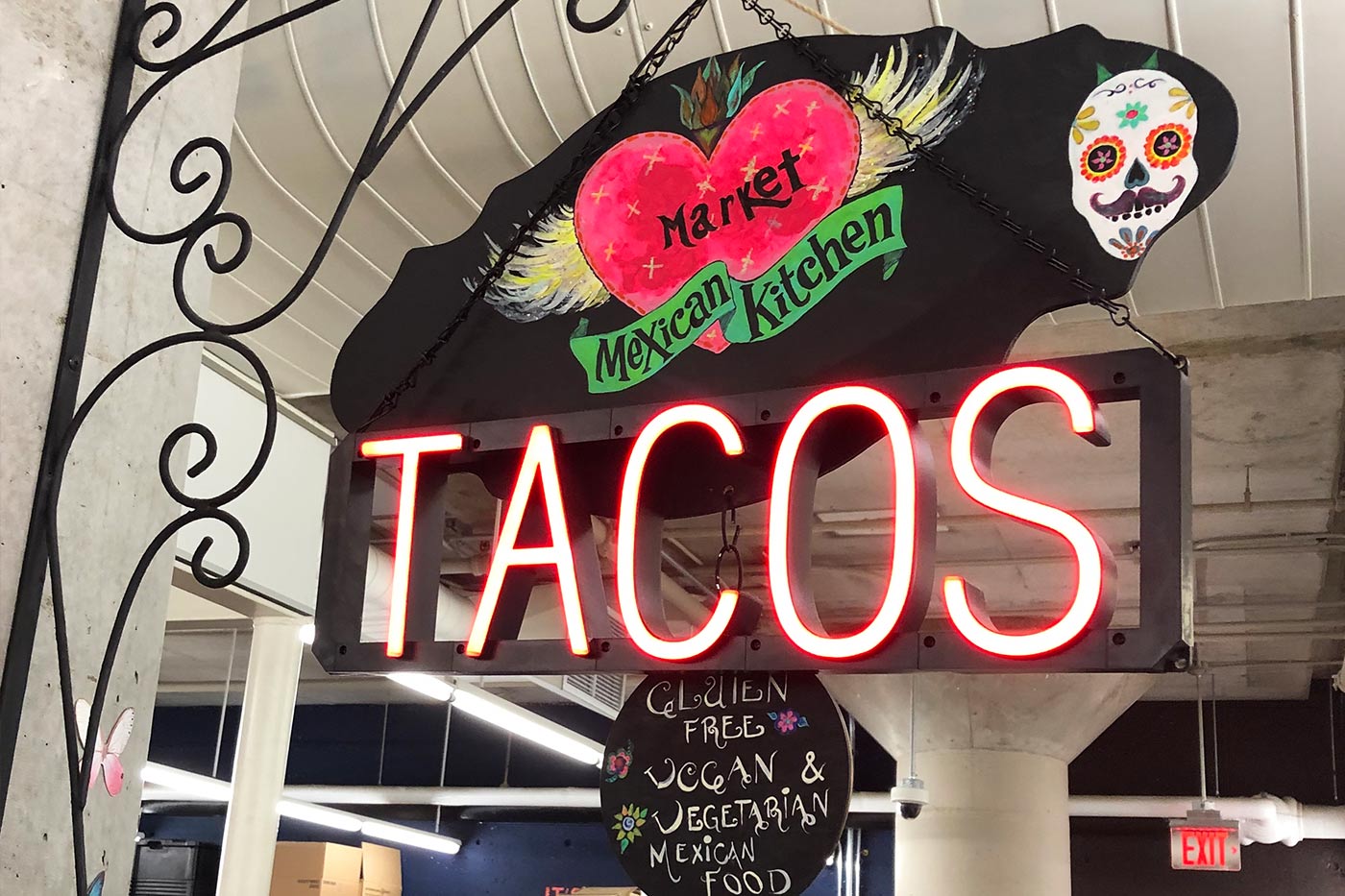 One might struggle to name a favourite from a very long list of hotspots, but local foodies will tell you that one place truly stands out. Not because of its artisan cocktail list, or a revolving menu of daily features; you won’t be greeted with any pulsating hip-hop beats, or be able to drop in for a late night craving when the mood strikes (at least, for now).

Perhaps most interestingly, their social media presence is minimal – their last Instagram post was in celebration of winning First Place in 2018’s Taco De Mayo challenge held among restaurants in the city. Despite some stiff competition and modest public exposure, the voters decided that the best taco in Hamilton could be found in the northwest lower level corner of the Hamilton Farmer’s Market. This hidden gem is called Mexican Kitchen, and those who have dropped by for a trio of street tacos, tostadas, or churros give it enthusiastic full marks for flavour, variety, authenticity, and personality.

The story of Mexican Kitchen is one of family, tradition and passion. It was originally opened as Divine Chocolates and Treats almost 4 years ago by Carlota Cisneros, a chocolatier who moved to Canada from Guadalajara, Mexico. Carlota specialized in artisan chocolates and desserts made from scratch. The feedback was so positive that Carlota soon began adding other homemade traditional Mexican food favourites, like corn tamales.

It was during this time that Carlota was trying to convince her sister, Paola Solio Viniegra, to also make the move from Guadalajara so that she could be involved in the business. “We had a good life back home, but it became too dangerous,” Paola recalls. “Carlota said that the business was going well, and that if it was something I was interested in, I could take over.” Paola finally agreed, made the move with her family to Hamilton and purchased the business. 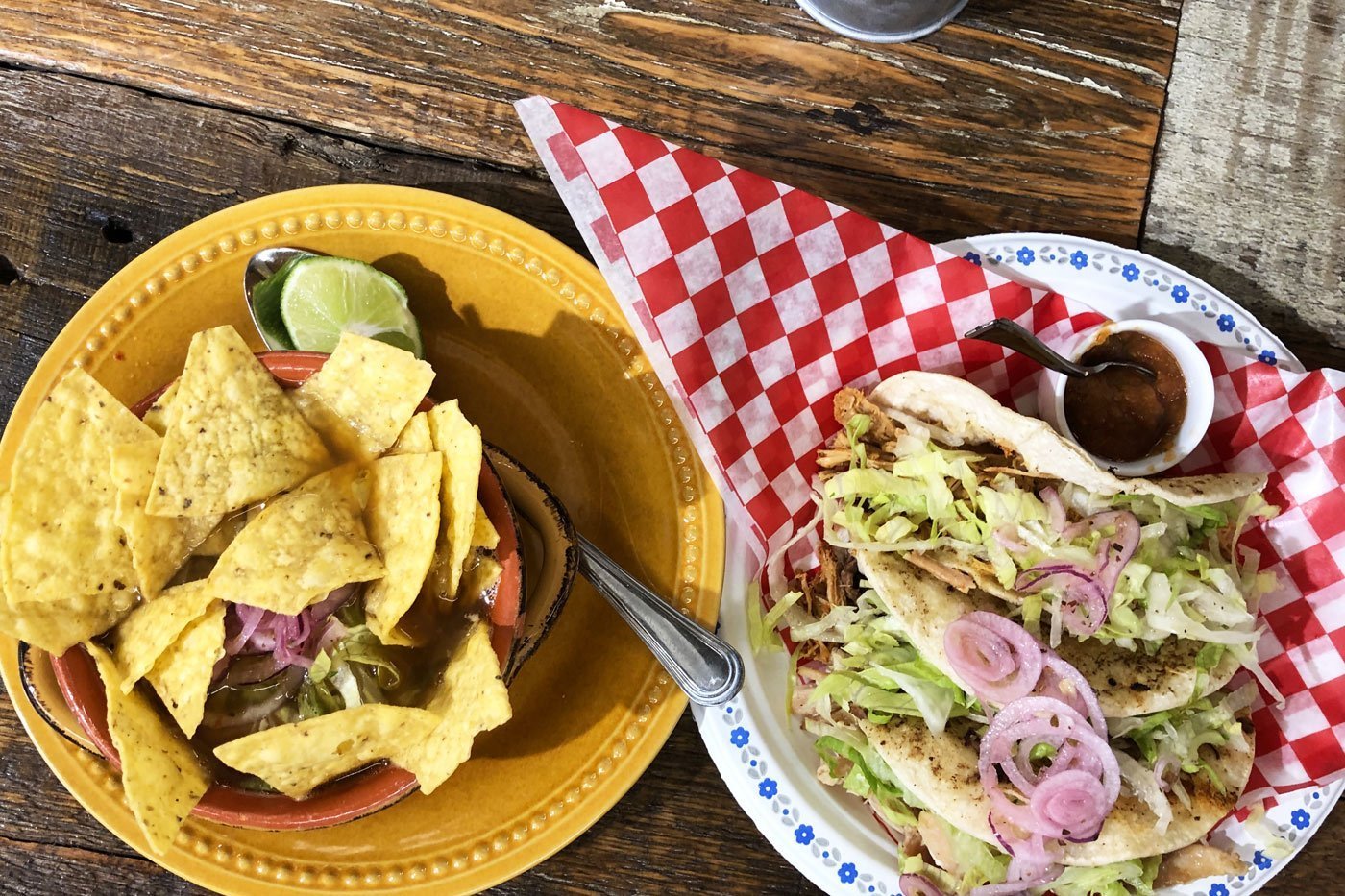 She began adding to the Kitchen menu and its decor, which is equally impressive. The aesthetic is kitschy and eclectic, incorporating traditional Mexican artwork, knick knacks, lush green plants, and a barn board high-top bar covered by a straw umbrella. Paola points out a bright pink shrine with little adornments (called a “nicho”) with an image of Our Lady of Guadalupe on the cement pillar that was made by her mother. Her mother was a painter, and the family has an art store in San Miguel de Allende, which explains why the sisters have such a penchant for creativity.

A glance over the menu shows the perfect amount of options without being too overwhelming. There are no trendy hipster features here – this is a nostalgic taste of real deal Mexico. Paola attributes the inimitableness of the cuisine to the different influences intermingled with her home country over the ages: the Spanish, the Aztecas, the Mayan, and the Incas. For example, pozole (a must try, feels like a warm hug to your belly) is an Aztecan dish. Pozole is traditionally a hominy-style soup served with lime and tortilla chips; Paola is excited to be introducing her vegan version of pozole to the menu soon from a recipe she perfected when she followed a vegan diet back in Mexico. It’s also worth mentioning that the Mexican Kitchen is completely nut and gluten free, and all items have vegetarian or vegan substitutes.

Paola and I talked about the Hamilton Farmers’ Market community, how she loves working alongside the other vendors, and purchases all her ingredients from them. In a city like Hamilton where her cultural cuisine is clearly so popular, perhaps the most obvious question was ‘What makes the Mexican Kitchen unique from others?’ She attributes it to the authenticity of the person behind the counter (herself), as well as the love and passion that goes into each dish.

Paola cooks mere feet away from where I perched on a stool awaiting my order of chicken and beef tacos, and a bowl of pozole. There is an intimate and fascinating feel to watching her prepare it all in front of me, almost like I’m sitting in her own kitchen at home. “There are secret recipes and traditions passed down from our grandmother and mother that we now cook here. Even the sauces and salsas, everyone wants to know how to make it or where to buy it, but it’s only made fresh here.” It’s like she read my mind about the green salsa, which was bursting with citrusy flavour and a mild kick – the perfect enhancement. 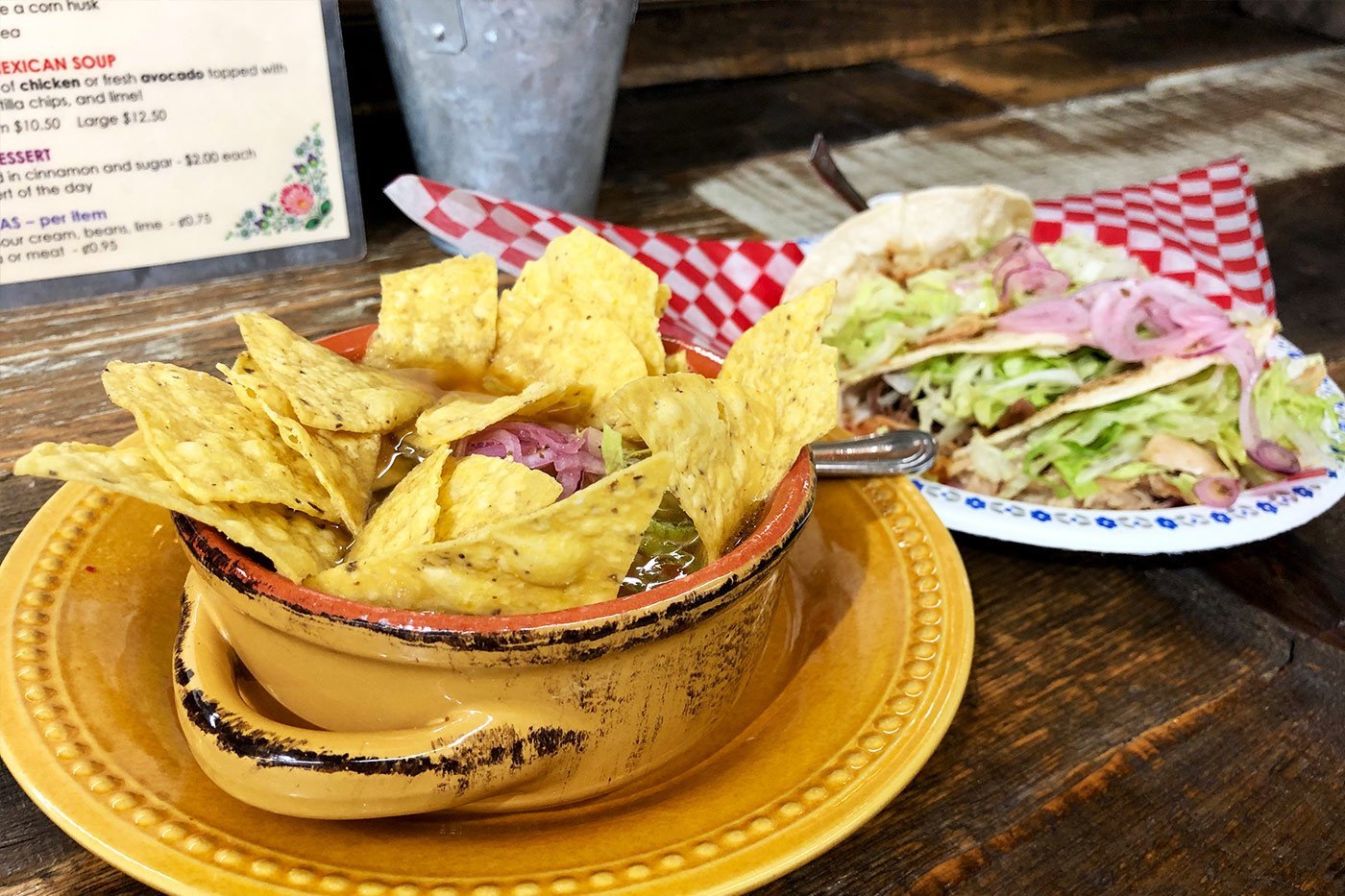 Paola’s generosity and passion also sets the Kitchen apart from the rest, and are trademarks of her culture. “If someone likes the avocados I use, I’ll give them one,” laughs Paola. “In Mexico, the people are so generous and give from the heart, and I think it’s important to spread that here too.” I noted the sign on the counter that says ‘Free Pop and Water between 4:00pm – 6:00pm,’ another example of her hospitality. She draws parallels between this characteristic and the Canadian values of openness and inclusivity, stressing how happy she is to be living and working in a country where her children are safe and where her family can contribute their skills and strengths.

What’s on the horizon for Paola and her team? “We are experimenting with different foods to add to the menu… molletes, burritos, and looking to jar our salsas to sell as well.” Perhaps the most exciting addition (besides being able to buy that savory green magic in a jar very soon) is a new location in Dundas, which they’re hoping to open in the next 9 months.

While I selfishly hope this hidden gem remains exactly that, I know that it won’t. It truly shouldn’t. A spot like this has to be experienced and shared, and those who haven’t should make it their next flavour fix pit stop.