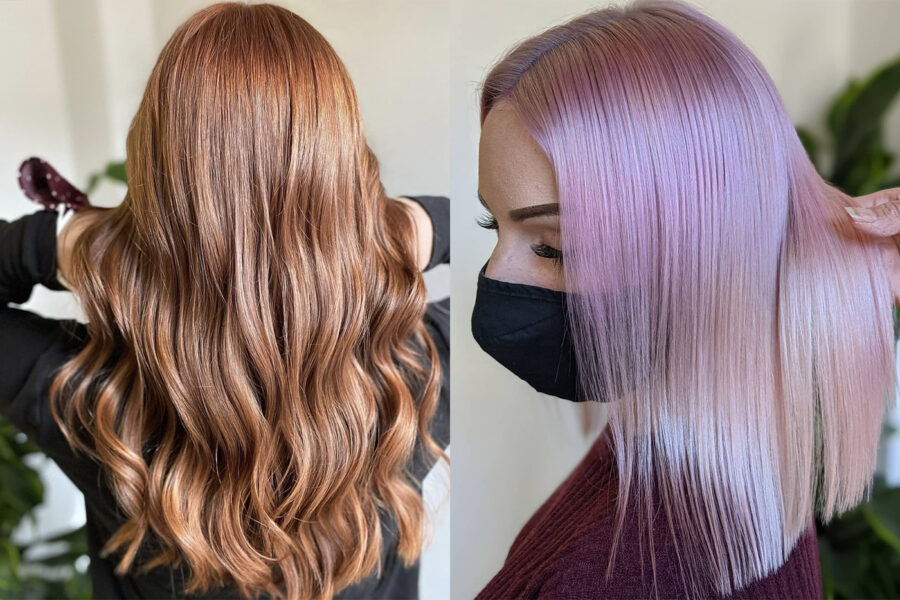 The pandemic years have seen many changes to small businesses in Hamilton’s communities, but every so often, one shop manages to stand the test of time.

Sokie and Co owner Sokie Tith reflects on the nearly 20-year journey that she has taken with the Westdale Village hair salon that’s been in operation for nearly half a century, and which has been under her management since 2020.

Originally opened by industry maven Albert Snow, the salon had already been a staple of the Westdale community when Sokie arrived in 2006 from her hometown St. Thomas, Ontario.

“I moved to Hamilton roughly 16 years ago, more than half my life now,” says Sokie, “and it’s definitely home. I was fresh out of hair school, new to the city, and needing to start my apprenticeship somewhere.”

Sokie says she got into hair because she has always been a people person. “I always wanted to be involved with making people feel good. It’s incredible to see how much of an impact it makes when someone feels confident about the hair they wear 24/7. It reflects in their attitude and it’s so touching to me. That’s what keeps me driven, to learn more and improve my skills. The person in the chair is my muse, my inspiration.”

An acquaintance had just casually mentioned the name “Albert Snow Hair Salon” to Sokie and she immediately applied, hoping to get in to get her hours in so she could write her licensing exam. Sokie would remain at Albert Snow Hair Salon for over 15 years, gradually working her way up and training to be the best stylist she could possibly be.

As the 2010s wore on, Snow began to look ahead to retirement, and began a years-long business transition process with Sokie to have her take over the salon. By coincidence, the transition finally took place in early 2020, after the outbreak of COVID-19.

“Being naïve about what the pandemic meant, I thought that when that first lockdown ended, I could acquire the business safely without further disruptions. Of course, that wasn’t the case, as we then had to endure two more lockdowns. We spent more time closed than we did open during that first year, and when we were open, we had to operate at half capacity.”

Sokie notes that it was tough trying to navigate through the different mandates and protocols to keep everyone safe and healthy, and that it was a constant struggle for her being new to the business world as an owner. Like many other personal care businesses, Sokie and Co had to pivot over to online retail sales of their hair care products to keep revenue flowing, though they were no replacement for in-person services.

She credits the salon’s resilience as being due to its heavy involvement in the community throughout its 48 year history.

“I consider Sokie and Co to be the rebirth of an existing hair salon,” says Sokie. “It’s really cool that I have been part of a business that has stood the test of time. I’ve seen a lot of other shops in the area do the same thing. It’s constantly transitioning.”

Sokie goes on to say that the she and Snow have been actively involved in the community since her apprenticeship, including events such as McMaster University’s Locks for Love Cut-a-thon, involving $25 haircuts with the proceeds going towards local charities. “I was part of that for 8 years”, says Sokie. “Just having that support from our community and being able to give back has made our business extra successful.”

“I truly feel that I have the most amazing team behind me,” says Sokie. ”They’ve supported me from Day One, and many of the staff have been there since before I was there. We support each other, first and foremost, which creates a welcoming environment. When clients walk in, they can sense it. Setting that tone has been a key factor in our business.”

Sokie praises Albert Snow himself, who is still on hand to serve, as well as 35-year veteran Felice and Courtenay, Sonia, and Stephanie, who have been with the salon for 18 years. There are also new team members Mekiah, Emily, and Callie, and support staffer Davy who Sokie notes has been super helpful in making the environment operational and welcoming.

Sokie also acknowledges her mentor Amy, who runs two businesses and gave her the encouragement to get this far. “She’s a wonderful role model!”.

As news circulates about the impending loosening of COVID protocols, Sokie is cautiously optimistic about the future. “I’m looking forward to having one full uninterrupted year of operating my business and hiring more stylists, so we can keep the business growing and servicing the community at a higher level, in the way that I wasn’t able to do over the past year and a half. We definitely see the light at the end of the tunnel now and we’re hopeful that we won’t see any more setbacks.”

You can follow Sokie and Co on Instagram and by dropping by at their location at 1036 King Street West in Westdale Village, Hamilton.