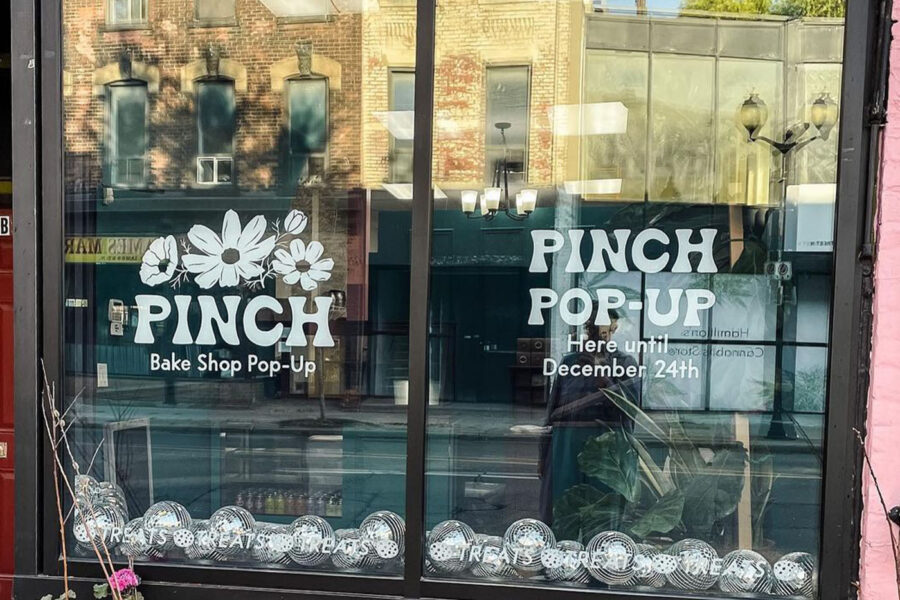 An enticing new bakery in Hamilton has launched a pastry pop-up in the James North shopping district.

Pinch is a new bakery and plant shop that is set to open its own permanent location in the city soon; but ahead of that, they’re introducing locals to their tasty treats via a pop-up at 142 James Street North, in the former home of the recently departed vegan bakery Dolled Up Desserts.

From October 29th to December 24th, locals can pop by Pinch’s pop-up to get their hands on tempting baked goods like cookies, bars, pies, cakes, tarts, and so much more; all hand-crafted in house.

After that, Pinch will be packing up and heading for their permanent digs at a separate location that’s still to be announced, where they’ll serve up even more baked goods as well as a curated selection of plants.

We’ll never say no to a new bakery in Hamilton, so pay a visit to Pinch’s bake shop pop-up starting on October 29th to get your first tastes!