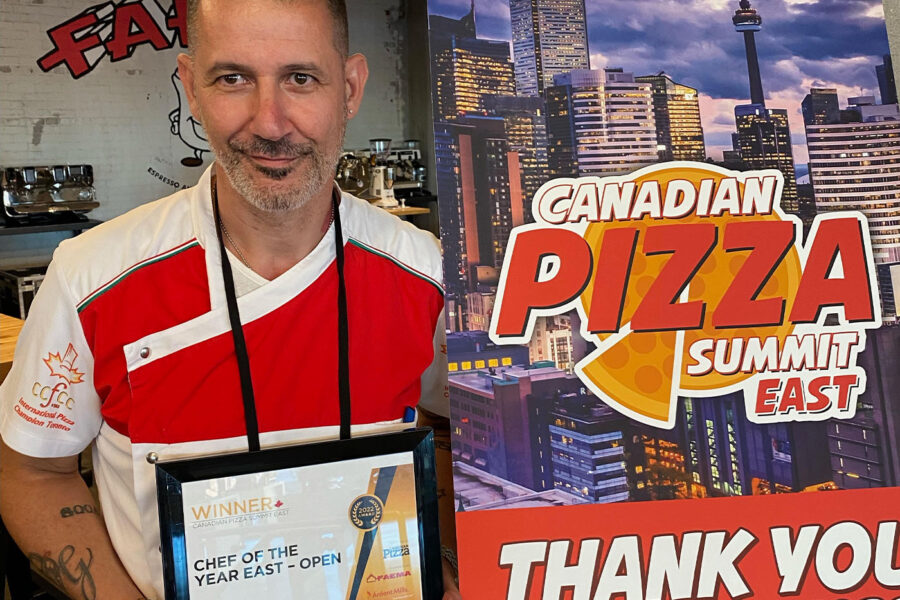 Hamilton’s got some pretty outstanding pizza places, so it’s not surprising that two of the city’s best took home top honours at the 2022 Canadian Pizza Summit East this week.

Winning first place and the title of Chef of the Year at the live event in Toronto was Giovanni Campisi of Red Door Cucina in Dundas, a tiny tucked-away Italian spot known for its excellent Neapolitan-style pizzas, pasta, and more.

Coming in second place was Hamilton’s own Salar Madadi of MaiPai Tiki Bar, a Barton Village spot famous for its exceptional Detroit-style pizzas.

If that sounds as delicious to you as it does to us, you’re in luck: MaiPai is offering it as their feature pie this week, so Hamilton pizza lovers can sink their teeth into this award-winning culinary creation.