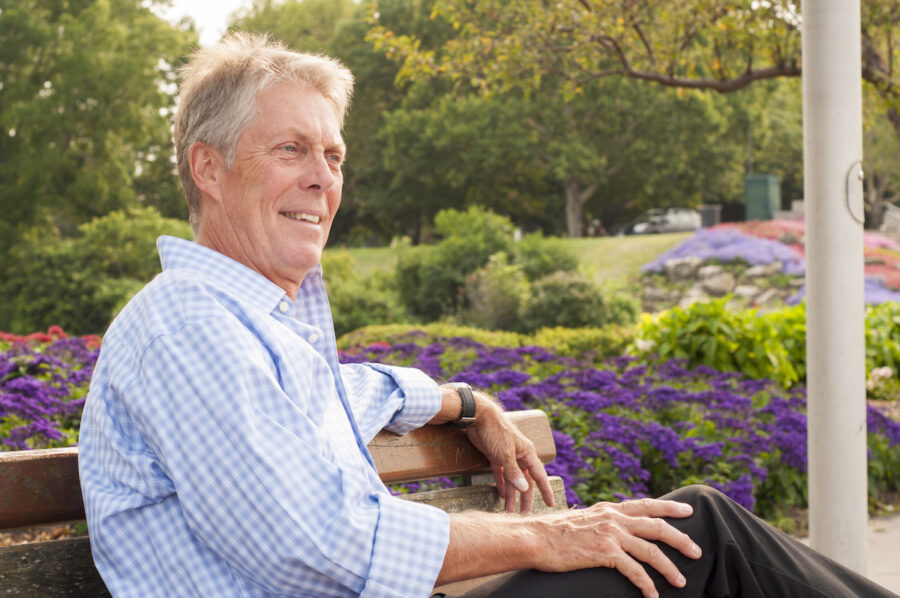 [vc_row][vc_column][vc_column_text]When I started the cocktails with KB column, I knew I wanted to have the mayor (whomever that may be come October 27th) join me for cocktails at some point. I was excited when it became a 3-person race early on because I knew any 3 men would be fun to have a cocktail with. Turns out it ended up being Fred Eisenberger. The invitation is still out there for Brian McHattie and Brad Clark to join me for a cocktail and a chat! This Cocktails with KB is special for a few reasons. First, it is the first one that took place in the middle of the morning over green tea (Tea with KB?). Second, it was a chance to sit down with the man I had campaigned for over the past 8 months and just chat. Grab a cocktail (or a green tea) and enjoy!

What’s the best advice you’ve ever received?
Be the calmest guy in the room. It was a lawyer who gave that advice to me. He was talking about his practice and then politics. One of the things we all tend to do is get our backs up and get angry or whatever it is. He said it’s the best place anyone needs to be, in crisis or otherwise. You’ll get a lot more results that way. It was pretty sound advice.

What’s the best thing about what you do?
It’s really about what happens in the broader community and getting to sit with people that interested, engaged, excited about their neighbourhood or their project or their community or their church or whatever it is. There’s so much enthusiasm for what they do that can be translated into good works that can happen in the broader city.
For me, it’s not about bricks and mortar, it’s about people.[/vc_column_text][/vc_column][/vc_row][vc_row][vc_column width=”2/3″][vc_column_text]Worst thing about what you do?
I cancel out the overt and irrational praise, and the undue and overt criticism. That’s probably the hardest thing to balance out. You don’t want to get caught up in either camp, but we’re all human and we are impacted by a lot of negative stuff and by the sometimes irrational praise. So, to try to keep that on an even keel is a challenge.

What’s the best thing about 2014?
The best thing is that we have an opportunity to make 2015 spectacular. So, 2015 is Pan Am time, is Junos time. There is so much positive that we can build on. I think it’s a good time to put the past behind us and start looking to the future and I think 2015 is really the target for me in terms of what the next Hamilton can really start stepping into. The other good part of 2014 is that I got elected in 2014, so that’s a given. I figured that’s assumed.

If you found $10 in your pocket, what would you do with it?
I don’t carry money around very often. Here’s what I’d like to do; I’m really interested in helping people who don’t have enough to get through the day. So, when I am approached by people, I am pretty generous when it comes to helping them out. But it never seems to be enough. I’d really like to come to a place at some point where a lot of people would be willing to put $10 into helping the less fortunate and disadvantaged in our community on a regular basis rather than occasionally. So, that’s my wish. Realistically, I’d have to admit that it doesn’t happen for me or others too often but it should. I think we should start thinking in those terms, at least the folks that can afford to do so.

What are the criteria four years from now, that will allow you to say your mayoralty was a success?
Have we moved the yardsticks? Everyone wants our city to progress and there’s opportunity for that to happen. We don’t need to turn the world upside down. I think what we need to do is keep Hamilton moving toward a progressive, innovative, creative society that people can be proud to call home. If we can get to that place; I think many people are there, if we can get the rest of the community there to say, “I love my Hamilton, I love my city”, I think that’s the measure of success I’m looking for. The moment that happens, much more good, positive things will happen in our city.[/vc_column_text][/vc_column][vc_column width=”1/3″][vc_column_text]

What are you most excited about these days?
Getting into office.

Best gift you’ve ever received?
I had a tour of New York City back in 1972 by a cousin of mine that I thought was absolutely outstanding and remembered to this day.

How do you like your coffee?
Milk and sugar.

A book you plan on reading?
I am planning on re-reading Shogun by James Clavell

Best way to decompress?
Work out.

If your life were a song, what would the title be?
Determination.

What do you like on a pizza?
Pepperoni, mushrooms, green peppers.[/vc_column_text][/vc_column][/vc_row]