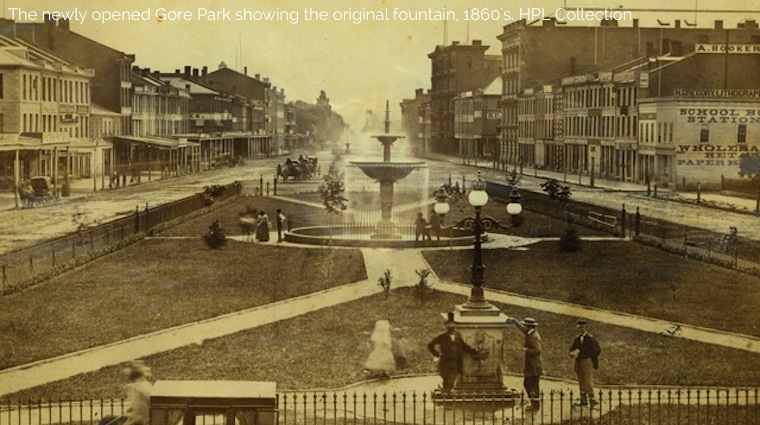 In its forth year, the Gore Park Promenade continues to see huge growth–growth that is both motivating major changes to the park and area, and preparing the Downtown Hamilton BIA (business improvement area) for what is expected to be a busy 2015 season, especially during the Pan Am Games to take place July 10 to 26th, 2015.

The Downtown Hamilton BIA has also been approved as one of more than 450 Pan Am Ignite partners, however they are still awaiting news on whether or not they will receive funding from Pan Am for programming in the Gore. The BIA has submitted two potential Games-themed projects for 2015, a Pan Am Promenade, and Pan Am Art Explosion–a soccer ball art exhibition on the streets of downtown Hamilton.

Hamilton is set to be the host of the Pan Am soccer games, one of the premier events for the Games, attracting one-third of all Pan Am spectators. Also over the next two to three years, the Gore has been slated for major redevelopment to become more pedestrian-friendly.

This is the final week of the Promenade’s 2014 season, ending with a Joie de Vie Paris Festival theme on Thursday going into the evening, and a Campfire day on Friday. There will not be an actual campfire in the park, however.