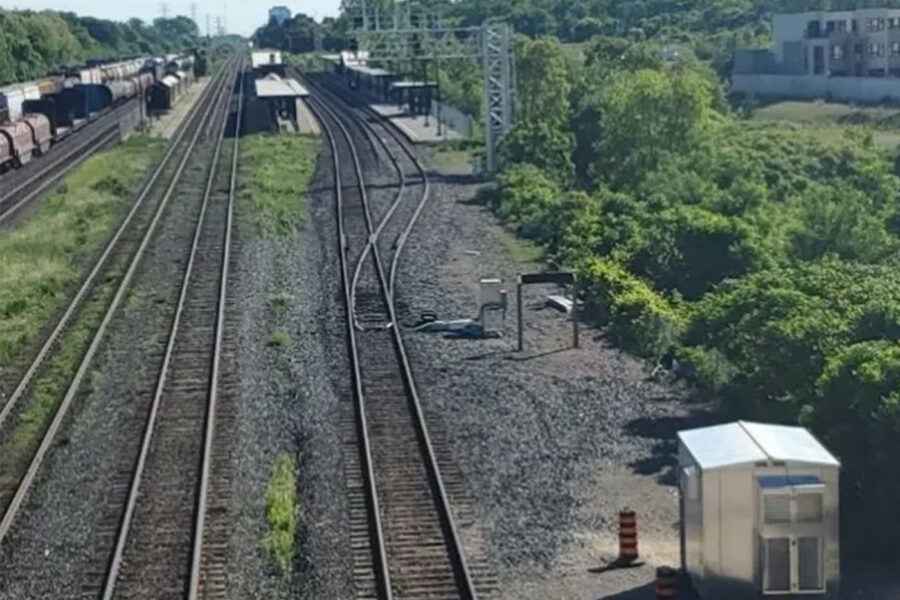 Hamilton’s West Harbour GO Station will have the capacity for more GO Train service thanks to a new pocket track addition at Aldershot Station in Burlington.

The newly installed piece of track is just 200 metres long and is the sort of track typically used to take a train off of the main tracks if necessary.

Pocket track at Aldershot Station holds a key that will unlock more GO Train service to Hamilton. Credit to @tysmo for some great pictures. https://t.co/QwlBe5mB8N

However, this new pocket track is being used to connect the Aldershot GO pocket track to the main Lakeshore West Line, which will be able to support increased service to West Harbour GO Station in the future.

Currently, West Harbour GO Station offers train service between Hamilton and Toronto once per hour; but this new pocket track addition could be a game changer for increasing service at the newer Hamilton station, which only began offering regular train service last year.

Transit agency Metrolinx also says that there are plans to tie in the two stub-ended tracks at West Harbour GO, helping to facilitate service to Confederation GO and beyond.