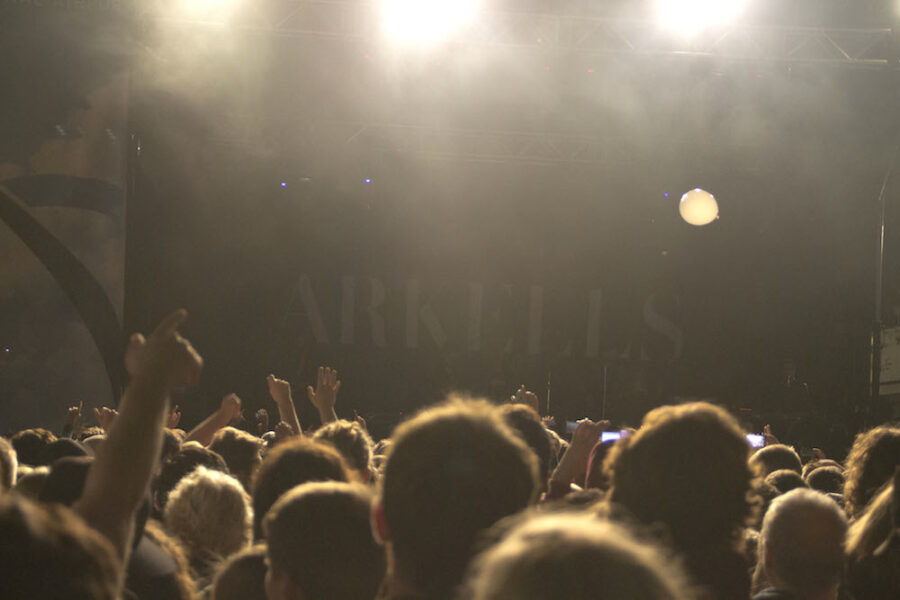 Music of Supercrawl | An historic evening with The Arkells

The opening night of this year’s Supercrawl was pretty special. It was the first of the inaugural three-day format and featured some of Canada’s best music, including local heroes The Dirty Nil, Harlan Pepper, and The Arkells. Cool late summer weather was not enough to keep festivalgoers from flooding James Street North and starting the weekend with a bang.

Friday night’s main stage line-up of The Strangers, The Dirty Nil, and the Arkells highlighted some of the region’s best bands. Burlington’s The Strangers held their own playing for the early evening crowd on the main stage with their unique brand of rock and some solid covers of Oasis and The Pixies; definite crowd pleasers.

The reception for Dundas’ The Dirty Nil on the main stage was amazing, and it brought out the best the band has to offer. Already known as incredible stage performers, The Dirty Nil ripped through their high energy set list, playing their latest single, “Cinnamon”, as well as some new tracks. At the end of “Zombie Eyed”, the last track of their set, guitarist/vocalist Luke Bentham smashed his guitar on the stage floor, the body of the instrument in splinters as Bentham smiled, waved to the crowd, and walked off stage. 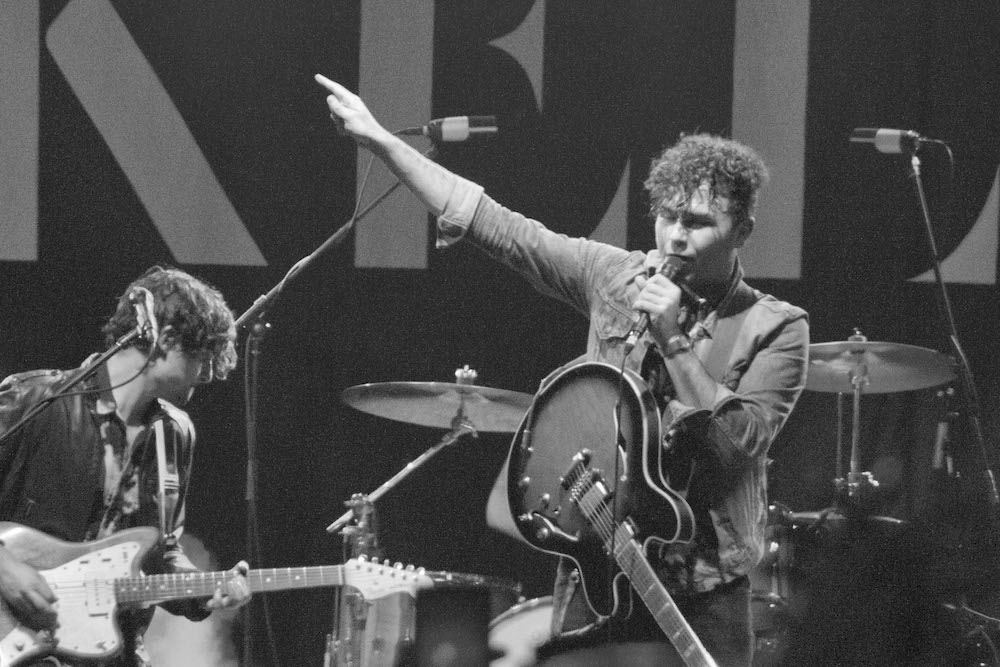 Sportnet broadcaster and Hamilton native Stephen Brunt introduced the Arkells, saying the experience was going to be like “seeing The Beatles in Liverpool, Pearl Jam in Seattle, or Springsteen in Jersey.” It was truly a hero’s welcome home for the boys. They opened with the first two tracks from High Noon before playing the title track from Michigan Left. Electrical issues cut out the band’s audio, and later their lights, but it was not enough to kill the electricity in the air that night. The band played on, even with the technical difficulties, and the massive crowd sang along.

Once everything returned to working order, Max Kerman and company performed “11:11”, which they tried to time for exactly 11:11 p.m., but missed by three minutes. They even played The Clash’s “Rock The Casbah” in honour of one of the city’s best music venues. They closed out the set with “Cynical Bastards”, their ode to the Steel City and its positive creative energy. For their encore, The Arkells saved “Whistleblower” and “John Lennon”, two of their best tracks to cap off the opening night of Supercrawl 2014. It was truly a memorable night for the city of Hamilton.