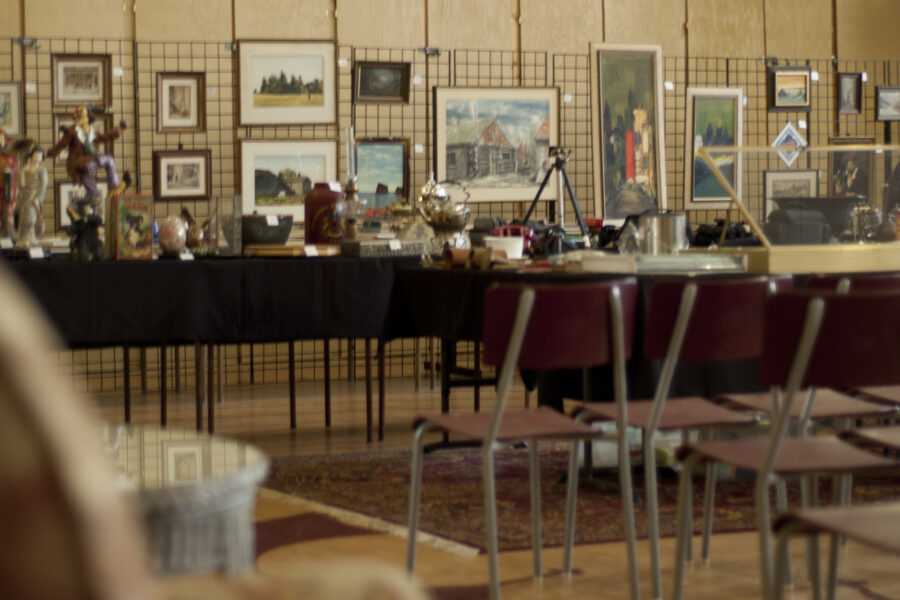 The process of letting go and downsizing

In 2013 after an eighteen month battle with an aggressive form of cancer, my father passed away at the age of 61.

Part of what makes the death of a loved one so horrible is that it’s not completely over when they are gone. You must deal with the remains.

In the case of my father, it wasn’t just his clothes, eyeglasses, or collection of books. My father was a gifted woodworker and in a short time he accumulated an enviable collection of tools and machinery. I say a short time because my father was also an immigrant and for the first decade of our twenty years plus in Canada he had neither the funds nor the means to build a collection. Once he was able to do so, he began purchasing the exact things he needed to become a master craftsman.

Although I believe he was a true craftsman – the quintessential Lee Valley guy – I dare say he would shake his head and tell me that he had a few more things to learn. He was the type of person who believed that a person never stops learning and, in fact, he could teach me, a digital marketer, a thing or two about online research.

When they took semi-retirement my parents moved into a home twenty minutes outside Perth, ON, a four-and-a-half hour trip from my own home in Toronto. Being a freelancer, I had already been up there for three months prior to dad’s passing, helping with the other mundane tasks of hospice care. After the funeral, after my sister and our family friends had gone home, I stayed with my mother for some time, despite the protestations of my own boyfriend who wanted everything to go back to normal as soon as possible. I stayed because I sensed that it wasn’t quite over yet.

How could I leave mom alone in a three bedroom house with nothing but the echoes of memories and a pile of work to be done?

One of the first things I did was itemize the machines in my father’s workshop.

I diligently wrote down the name, make and model of each machine and Googled each one to find a price. I barely knew what any of them did, but I certainly remember some of the trips my father and I took down to small towns in the United States where these machines are still built by American hands in American factories.

Those memories don’t have a price tag, though.

No one helped us through this process. In the end, I did go home and my mother carried on with shedding my father’s possessions alone. Some she donated to the Scout camp my father worked at prior to falling ill. Some she sold to the local carpenters who rebuilt her front deck that collapsed the day after my father passed away, as if the house too could no longer hold itself together now that he was gone.

Some things went to the “shop” at the local transfer station in Perth, a unique space that gives neighbours an opportunity to pick over items that are still useful but not to the original owner. One man’s trash, and all that.

Mom found homes for everything. In the meantime, she decided she didn’t want to live alone on a desolate stretch of the Trans-Canada Highway any more. The winter after dad’s passing was harsh and, although mom’s a strong, independent woman, there are limitations to even her strength, if not her courage.

She sold the home in July 2014 and once again I volunteered to help her move back to Hamilton.  Now we needed to squeeze a three bedroom house into a one bedroom condo.

My sister and I got first choice. We found an auction house in Hamilton to help us sell mom’s catering business supplies. We donated more. We threw some things out. It was not an easy process.

My story is not atypical, but there are businesses that can help you go through it. For some families, the possessions may be highly sensitive or valuable, or both. Finding the right type of appraiser and estate evaluator who can handle this process for you can be advantageous, especially if you believe there is a monetary value to your loved one’s possessions. Or maybe you just need the extra hand, a skilled one that knows how to handle such a sensitive situation, so that you can let go and move on with your life.