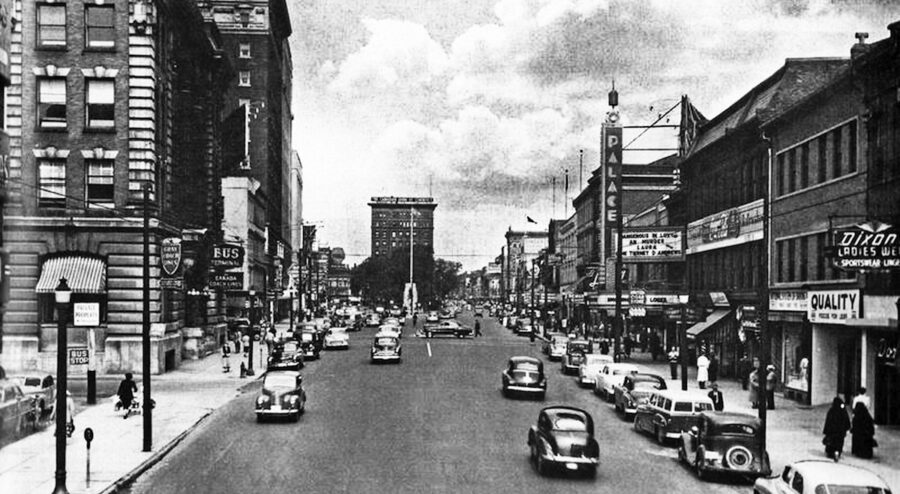 Take back our streets

Property prices are surging in many Hamilton neighbourhoods, but as I write this the MLS lists several residential properties for sale on and around Cannon Street that range in price from $94,000 through $139,000. These are astonishingly anaemic prices for what in some cases are stately Victorian homes.

But this will come as no surprise to anyone familiar with the street.

Who would want to live to raise a family in a house that opens directly onto a four or five-lane expressway? The blunt answer is nobody that had any real choice.

It’s no coincidence that residential and even commercial property values are significantly lower on and around our one-way urban highways than they are on streets where traffic is calmer and a welcoming space has been carved out for people.

Pedestrians are the lifeblood of urban neighbourhoods. They are the clients that keep stores in business, the watchful eyes that keep streets safe and civil, and the human connective tissue that turns a place into a home.

There’s a reason James North began to spring back to life when it did: two-way conversion slowed the traffic and allowed for sidewalks where pedestrians were willing to stroll – and where enterprising, courageous businesses were willing to invest.

We saw the same process begin on Locke Street in southwest Hamilton a decade earlier when the street – two-way but a wide thoroughfare nonetheless – was calmed with new stop signs and all-day curbside parking.

Today, Locke is an inspiring case study for the rest of the city, but it might never have happened if not for the political will to transform the street in the early 1990s.

We need to muster the courage to reclaim all our downtown streets from their role as expressways for traffic cutting across the city.

Unfortunately, we still have not accepted the fact that fast through traffic saps the health of downtown streets – or, worse, we have decided that healthy urban neighbourhoods are not as important as expressways for drivers passing through.

The worst of it is that downtown business owners understood the danger right away. Listen to the lament of Ben Wunder, speaking to the Transportation and Traffic Committee in 1957, just seven months after the lower city was converted en masse to oneway overnight:

“Once upon a time, my part of King Street was a leading shopping district. Business has taken quite a drop. Many of my old customers are no longer to be seen – they telephone me and say they are sorry; they will not come any more, because the traffic is too heavy and there is nowhere to park. They send money by mail.

Many of us spent a lot of money on new store fronts. It was futile. Our windows are no good nowadays, people have no time to stop and look.

Nobody comes from the west end of the city any more. We would like to see King Street two-way once more. …

It seems as if everything possible has been done to take people away from King Street East!”

Fifty years ago, business owners downtown understood that one-way streets threatened their survival. Today, those businesses continuing to hang on still understand it. Mary Pocius, executive director of the International Village BIA until her retirement, said: “No single action could do more to improve the lives of downtown citizens and businesses than the elimination of one-way streets.”

Her replacement at the helm, Susan Braithwaite, shares her frustration.

“I think our biggest hurdle is the fact that we’re on Main, we’re on King, and so we’re kind of on a highway with the one-ways. It’s unfortunate.”

Yet the call has fallen on mostly deaf ears. Back in 1996, a Hamilton Downtown Ideas Charette concluded that the single biggest thing the City could do to revitalize the core would be to convert its streets back to two-way. Since then, the city has taken a few baby steps in the right direction, converting James and John Streets early last decade and then converting York/Wilson in the past year.

But for the most part, these conversions have not been on major thoroughfares. The only streets we’re willing to touch are those streets that are the least traumatized by huge daily volumes of high-speed through traffic. In other words, we’re the least willing to convert the streets that need it the most.

In fact, the conversion of York/Wilson to two-way has made our public works department even more reluctant to convert Main, King and Cannon, since they now have to carry the ‘overflow’ traffic.

Meanwhile, construction on King Street West and on the Main and King Street bridges over Highway 403 demonstrate that we have so much spare lane capacity we can afford to take a lane or two out of action without slowing traffic. Yet we still shy from the obvious conclusion.

A recent New York Times article about traffic calming in Zurich closes with a sobering quote from a city official: “When I’m in other cities, I feel like I’m always waiting to cross a street. I can’t get used to the idea that I am worth less than a car.

TERRY COOKE is the President and CEO of the Hamilton Community Foundation.