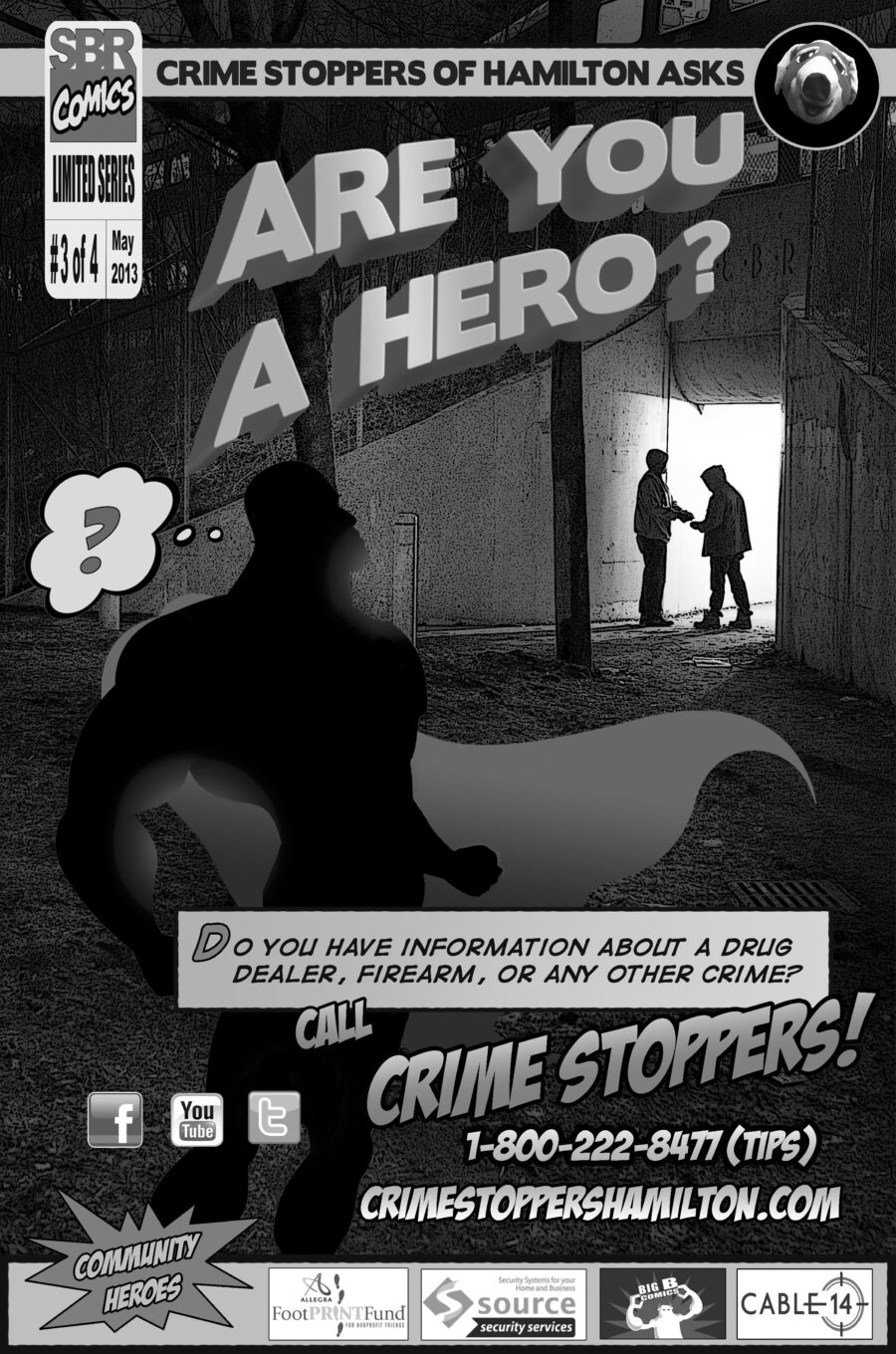 “Chief, members of the Hamilton Police Service, Media and Citizens of Hamilton, I address you in that order, as each Crime Stoppers office around the globe relies on the collaborative efforts of the police, local media resources and most importantly the community, allowing them to take ownership of their neighbourhoods. By working together as a team, wanted criminals are brought to justice, crimes are solved, and neighbourhoods are restored. In the celebrations of our 30th year, Crime Stoppers of Hamilton has had the joy of reflecting on the success of the program. Reflecting on what was, and now, where we are headed…..

Crime Stoppers of Hamilton is taking a new, positive direction in 2013. We are leaving behind an old mentality that a Tipster could be looked upon as a snitch, rat or a fink. Instead, we simply ask, “Are you a Hero?” Like our favorite comic book Superheroes, Crime Stoppers Tipsters are masked Avengers just the same, making that moralchoicetodotherightthing. To make that call. Under this veil of disguise, they chose to stand up for something they believe in. They chose to fight for a safer community, to fight for a safer Hamilton. And they make this choice in secret. Crime Stoppers of Hamilton understands that the traditional means of reporting a crime may not be practical for everyone. We understand that it’s a difficult decision to come forward as a witness, with a natural fear of reprisal from the accused. We also understand that in our diverse communities, police continue to work hard at building bridges, and reach out on a daily basis. But sometimes, regardless of efforts, a lack of comfort remains. We are here to remind you that Crime Stoppers, now more then ever, is a VIABLE option to report these crimes and remain anonymous. With this positive message, our goal is meant to empower those that feel powerless, in any situation. Furthermore, to encourage all citizens, that true heroism is an untapped resource in all of us. We encourage you to “Stand Up, Speak Out, and Have a Voice”. We ask the question, ‘Are you a Hero?'”