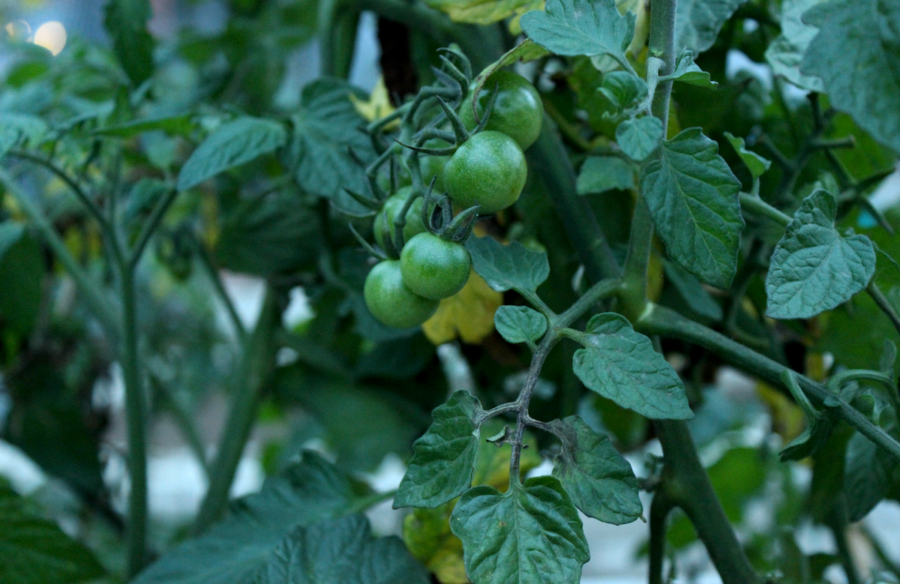 Victory gardens found their beginning at the outbreak of the Great War, and recurred in popularity during the Second World War. They sprouted up as a means for those on the home front to support the soldiers fighting in the tumultuous European Theatre. Victory gardens—also referred to as ‘war gardens’ or ‘food gardens for defense’—were used to grow vegetables, fruits, and herbs, and were often planted at private residences and public parks. Today, they are used to support those fighting a different war—the war on poverty.

Hamilton’s Victory Gardens were established in a far less dramatic environment than their wartime forbearers. The project began as a community garden created by Hamilton residents Bill and Judy Wilcox. The garden was a success, but when they decided to donate the food to local charities, they found the food banks to be in desperate need of fresh produce. The group soon expanded into a non-profit team of volunteers working to transform the decrepit empty lots of Hamilton into what they describe as “places of community, education, and growth.”

When I met with Geoff Beatty in the parking lot behind the Philpott Church—at the heart of downtown—he was in the midst of unloading shovels and rakes from a repurposed trailer-hitch that had been grinded and repainted by one of his less horticulturally inclined volunteers.

Beatty oversees the some 20 rectangular cinderblock-encased gardens that line the outermost sections of the lot. It’s one of the smallest of the 12 gardens located across Hamilton.

His official title is the Director of Urban Ministry for the gardens, but to those around him, it’s merely a formality.

Beatty explained that he and his group of volunteers were in the midst of harvesting the last of their crops for the 2014 season.

The biggest garden is joined to the parking lot of the Food Basics on Barton Street and Mary, otherwise known as the Cancord lot, he told me.

“The Cancord lot is famous because it used to be a hangout for prostitutes and drug dealers. It’s been revitalized. It’s a huge garden,” Beatty said with a smile.

This year, their team of 250 volunteers have repurposed 12 lots to produce 43,598 pounds of fresh produce.

For the small garden at Philpott, most of what they grow is taken to the Salvation Army next door. While the produce is going toward feeding those in need, community appeared to be at the forefront of the endeavour. And there are few with whom the values of community resonate greater than with Geoff Beatty.

Geoff Beatty grew up in Hamilton, but for the last 33 years, had been living outside the city. For the last 12 years, Beatty and his family had been living in Senegal, West Africa working with a mission organization. He taught English, while his wife served as a nurse. But it quickly became clear why Beatty had been given a leadership role.

“It’s a very depressed economy with lots of poverty. It’s a sub-Sahara, so the desert is taking over a lot of the land, so we were doing a lot of development projects.”

As he explained this, I noted what seemed to be Latin music playing from a car stereo. “It’s Swahili,” he quickly corrected.

“I make sure to play music from around the world so the volunteers can experience each other’s cultures.”

That was an important distinction, as the bulk of those volunteering to transform the lots are not only newcomers to the city, but to the country.

Yan Liu is one of those volunteers. Liu is originally from China, and is working toward a PhD. in Chemical Engineering at McMaster University. I drew him away from the bush of cherry tomatoes he’d been harvesting since I’d first arrived at the site to ask him why he’d decided to volunteer. To him, the gardening and the prospect of fresh food was more of an afterthought.

“I think I can make some new friends, and I want to learn more about Canada. I’ve been here for one year. I don’t want to just stay in my apartment doing my assignments or doing projects in a lab,” he explained.

“Geoff is one of my best friends,” he added.

Although Beatty was the first to raise concerns about fitting in with a community he’d been removed from for so long, it was clear that he was making tremendous progress engaging the community. Over the course of a couple hours, people were dropping by just to check in and talk. It’s a trait easily attributed to his inclusive outlook.

“Everyone has something in their hand, even if they’re poor. They still have something to contribute.”