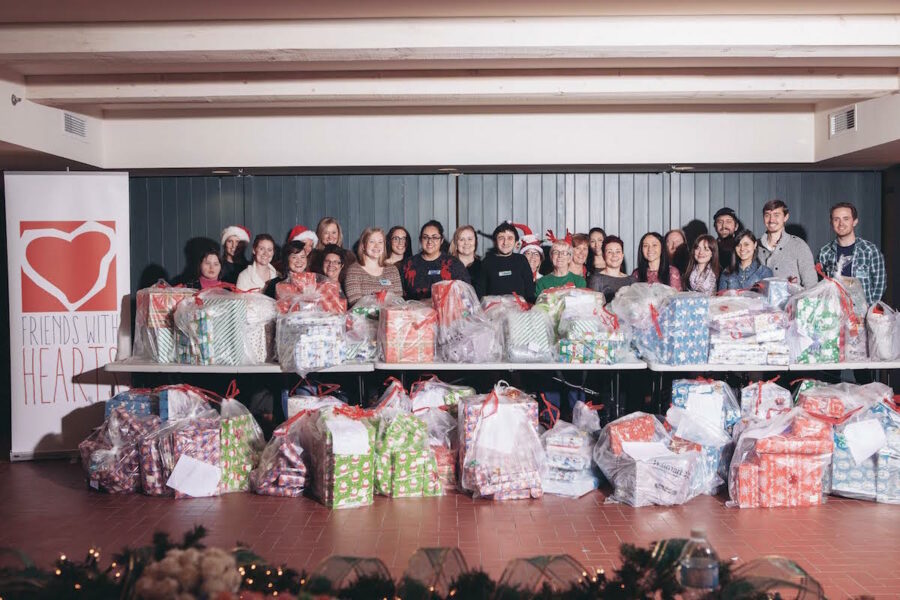 What if you never got to have that feeling? How do you tell a child that Santa doesn’t come to their house? Enter Friends with Hearts. An organization that partners with The Good Shepherd here in Hamilton to help bring Christmas to families that otherwise, couldn’t afford to celebrate.

Back in 2011, founder Jay Perry wanted to sponsor a family here in Hamilton for Christmas.

“When I went down to Haiti in 2010, I realized something. Yes they were poor, but they were socially rich. Here it’s the opposite. We’re rich, but we don’t even say ‘hi’ to our neighbours,” said Perry.

After calling around to different charities, the Children’s Aid Society said that they could give him a family to sponsor and that they were looking for people to sponsor larger families.

“It all started with a tweet. I asked 9 other people to throw in $25 to sponsor a family,” said Perry.

After a couple of weeks, Jay had raised over $1,400 and was able to sponsor 8 people in 2 families. He knew he was onto something and then the name was born.

“The name was easy. It’s about friends coming together to help others – Friends with Hearts,” said Perry.

In 2012, the amount of money raised doubled and the 1st wrapping party took place. Jay and his friends got together to purchase all of the gifts and wrap them. Last year, the amount of donations reached over $11,000 and 101 people were sponsored over 38 families. That year, FWH also started sponsoring families through The Good Shepherd.

After all of the donations are received, The Good Shepherd passes off wish lists from the families so FWH can buy exactly what they want and need for Christmas.

In addition to Hamilton, FWH is now set up in Toronto, Cornwall and Vancouver with their donations going to charities that help bring Christmas to less fortunate families within their own communities.
“This year is the biggest year yet. We want to be able to give to more people,” said Perry when he spoke about the FWH expansion. “I love when people take initiative and that’s the case with all of these new FWH leaders.”

FWH is asking for monetary donations however, Helena McKinney at In Fine Feather Yoga Studio on Ottawa Street will be accepting new toy donations as well. Donations can be made via the FWH website: www.friendswithhearts.com.

This year’s wrapping party will take place on December 6th at the Optimist Club Hall in Stoney Creek.

Let’s help Friends with Hearts bring those special presents to children that have been dreaming about them for months.