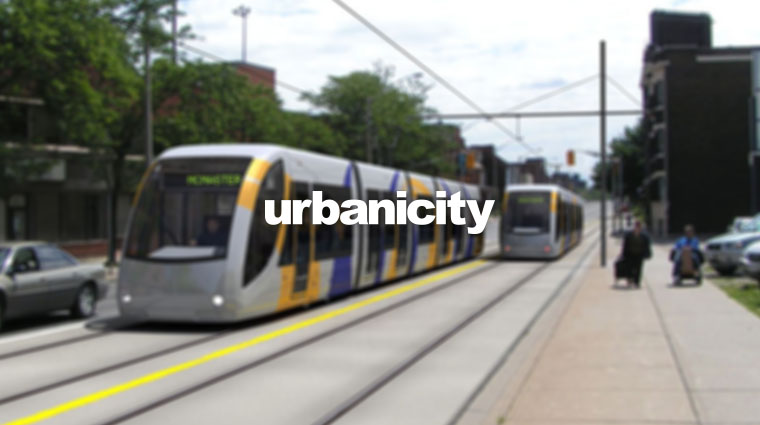 In the ongoing public debate over Hamilton’s rapid transit plan for the east-west B-Line between McMaster University and Eastgate Square, some people argue that we should be focusing on a bus rapid transit (BRT) plan instead of the light rail transit (LRT) plan that City Council submitted to the Province last year.

Related: Are your councillors in favour of spending municipal dollars on LRT?

A careful reading of the commentary suggests many of the people advocating BRT aren’t actually clear on what they’re talking about. So what is BRT, and why don’t LRT advocates support it as a cheaper, more politically palatable alternative?

As its name suggests, Bus Rapid Transit is a rapid transit system using buses. What distinguishes BRT from conventional bus service is that it:

From a technology perspective, the main difference between BRT and LRT is that LRT vehicles are electric trams running on rails that are powered by overhead wires, whereas BRT vehicles are internal combustion engine buses running on tires on the road.

In terms of construction, they are similarly disruptive. The roadbed needs to be rebuilt for BRT, with a concrete surface to handle the weight of all those buses.

The capital cost to build BRT is lower than the capital cost to build LRT – but not vastly cheaper. According to a recent study by the Institute for Transportation and Development Policy, a transit consultancy that promotes BRT, a full system that fulfils all of the major BRT criteria costs close to half as much to build as an equivalent LRT system.

The study finds that “Gold Standard” BRT combined with exceptional land use planning produces a similar relative return on investment to LRT – relative because it costs less to build but attracts less new economic development.

But the capital cost is only part of the financial picture – and in the case of Hamilton, the part that the Province has promised to fully fund. Hamilton will be responsible for the ongoing operating cost, and it is here that LRT really shines.

BRT requires a lot more vehicles (and vehicle operators) than LRT to carry an equivalent number of passengers. Since operator wages are the major part of transit operating costs, this drives the per-passenger operating cost for BRT up.

Finally, LRT is much better at increasing ridership than BRT, and the per-passenger cost declines as the number of passengers increases. As a result, LRT works out to be significantly cheaper to operate than BRT.

Since the purpose of rapid transit is to attract high numbers of new riders and leverage new private investment to shape land use around the line, BRT is necessarily an inferior option along the B-Line.

This is a corridor that already carries 13,000 transit rides a day on an overburdened transit system characterized by frequent “pass-bys” of full buses. 13,000 passengers a day is in the middle of the pack for North American LRT systems. We would already have that ridership on opening day, with huge potential to grow ridership dramatically from there.

The area around the B-Line has an intact urban built form ideal for accommodating medium- and high-density urban development, but it has been under-performing for decades due to the city’s singular focus on suburban sprawl.

Decades of neglect and demolition have left huge opportunities for new infill developments along the line, and especially in the downtown area. Despite this, downtown is still the city’s single largest employment cluster with 24,000 jobs, most of them paying above the median income.

Because the lower city is under-performing its potential, it has tremendous potential for uplift with a new rapid transit system combined with a favourable land use policy to encourage urban development. If we are going to invest in rapid transit, we should aim to maximize the potential for net benefits.

As for the argument that BRT is more politically palatable, that falls apart when people realize that BRT will be just as disruptive to existing automobile traffic as LRT – but with a much smaller payback in terms of economic uplift and car trips replaced by transit trips.

If that happens, the status quo will be preserved at the devastating cost of another missed opportunity to transform Hamilton’s future.