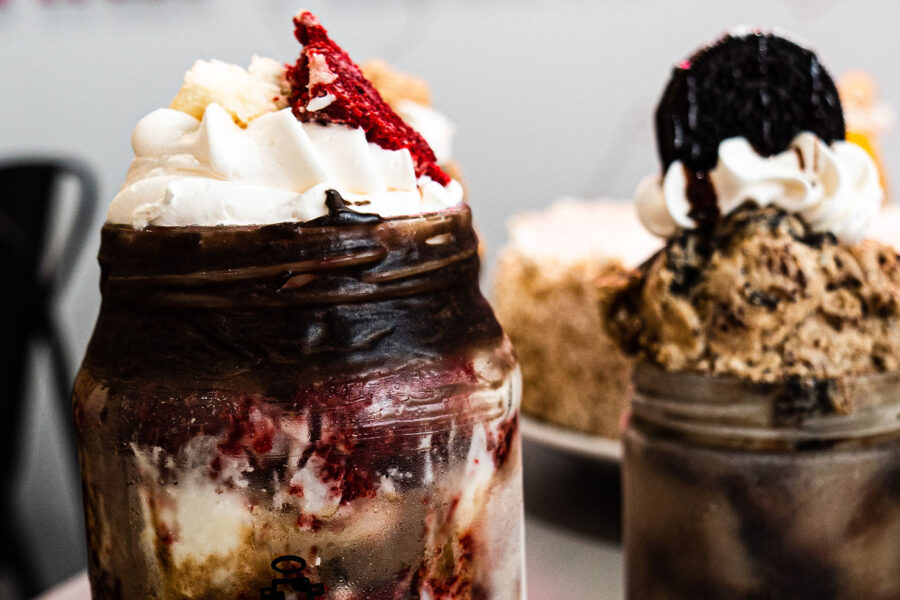 A popular dessert and milkshake bar in Toronto has been expanding to other parts of Ontario; and Hamilton is one of the latest spots to get a location.

Holy Shakes has freshly opened its door in the Hammer at 1299 Barton Street East, Unit K04 within the Centre on Barton, and their intense menu of sweet, indulgent, gourmet goodness is built to appease even the most hardcore dessert lovers.

The selection at Holy Shakes is overwhelming, and that’s by design. As Sumit Kohli – one of the founders of Holy Shakes – tells us, the entire concept came out of a desire to stand out by offering as many milkshake flavours and options as possible.

“Milkshakes have been so generalized to vanilla & chocolate, sometimes offered in a boring way with no presentation,” says Kohli. “That’s where we thought about taking milkshakes to the next level.” 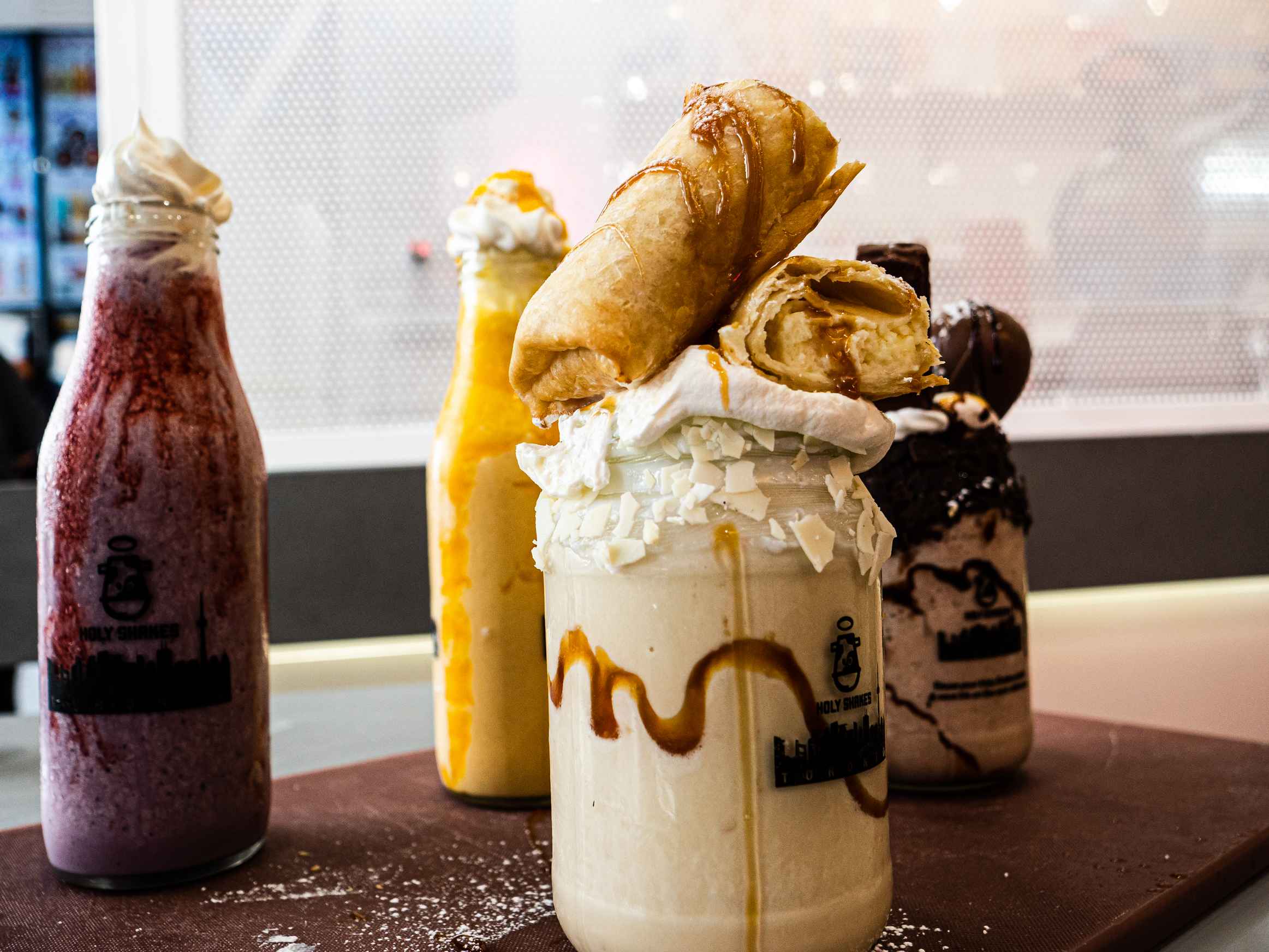 Holy Shakes has certainly put in the work to make themselves stand out among other milkshake or dessert spots. Well over 100 flavours of milkshake are available here, from refreshing fruit-forward offerings to richer indulgences.

But that barely scratches the surface of Holy Shakes’ eclectic and expansive menu, with some selections more straightforward and others quite elaborate.

A milkshake in any of their flavour options sounds satisfying enough, but Kohli wanted to make his treats stand out visually too, elevating each milkshake with attractive presentation.

Many of the milkshakes are finished with toppings like fresh fruit, chocolate, nuts, and cheesecake bites. Additionally, instead of serving up their milkshakes in paper or plastic cups, Holy Shakes has opted to use large glass jars and retro vessels that resemble old-fashioned glass milk bottles. 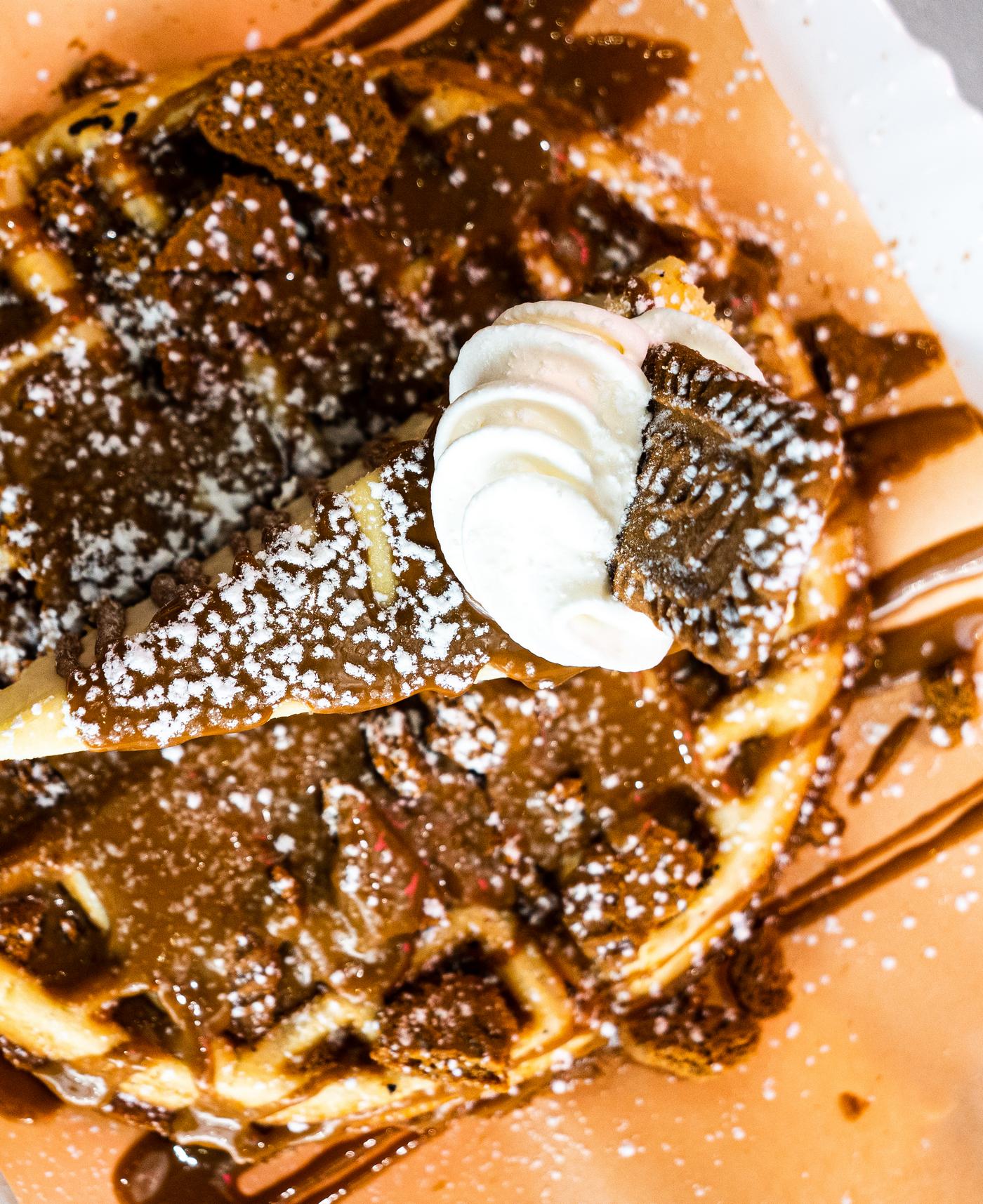 The choice is both aesthetically playful and sustainably minded; rather than serving their sweets treats in disposable containers that’ll get tossed into landfill, the dessert bar encourages customers to hold onto their reusable glass bottles and jars and bring them back clean to get 5 per cent off their order on repeat visits.

It wouldn’t be surprising to see Holy Shakes developing a loyal, return customer base in Hamilton, either. After all, if someone decided to stop by for a treat once a week, it would take at least two years to try every milkshake flavour once. Even those less dedicated to milkshake sipping will surely find at least a handful of options on the menu tempting them to return.

People who aren’t into milkshakes won’t be left out, either. Desserts like freshly-made waffles can be loaded with a range of custom toppings – including a cheeky scoop of ice cream – and other twisty choices include churro poutine, dessert waffle sandwiches, cake jars, and cheesecake slices provided by the Cheesecake Factory.

Holy Shakes has been expanding beyond its Toronto origins rapidly, with new locations popping up in Mississauga, Ajax, Brampton, Oshawa, London, Milton, and many other spots.

Now, Hamilton also gets to be in on the sweet action, with Holy Shakes opening up shop to serve up a dessert lover’s dream with an approach that’s both broad and bold.

Holy Shakes is open at 1299 Barton Street East, Unit K04. Check out a full menu on their website, and follow them on social media here.