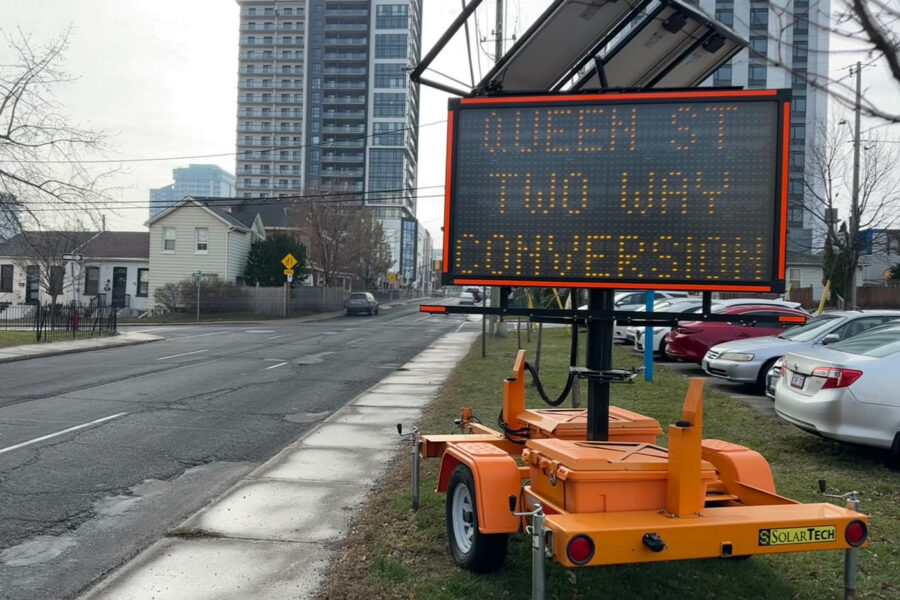 Part of Queen Street in Hamilton converted to two-way traffic

A stretch of Queen Street in Hamilton’s lower city has been converted to two-way traffic.

Queen Street from Aberdeen Avenue to King Street West is now fully two-way, with workers completing conversion of the portion of Queen between King and Main from one-way southbound to two-way on November 22nd.

Work on this conversion project began in 2020, following city council’s approval of the work in 2017. The project included curb and sidewalk reconstruction, pavement re-markings, signage upgrades, and upgrades to the traffic signal at Queen Street and King West.

REMINDER: Construction on the final phase of the two-way conversion of Queen St (Main St- King St W) is complete. Motorists can now travel north and south along Queen. Thanks for your patience while we completed these important upgrades. https://t.co/77MOAbz0DN

The Queen Street conversion is also piece of the city’s Vision Zero initiative, endeavouring to create safer streets for drivers and pedestrians through improved traffic infrastructure.

“I have heard directly from Hamiltonians that road safety is a major priority, and I will work tirelessly to secure improvements for pedestrians, cyclists and drivers in all communities across our city.”