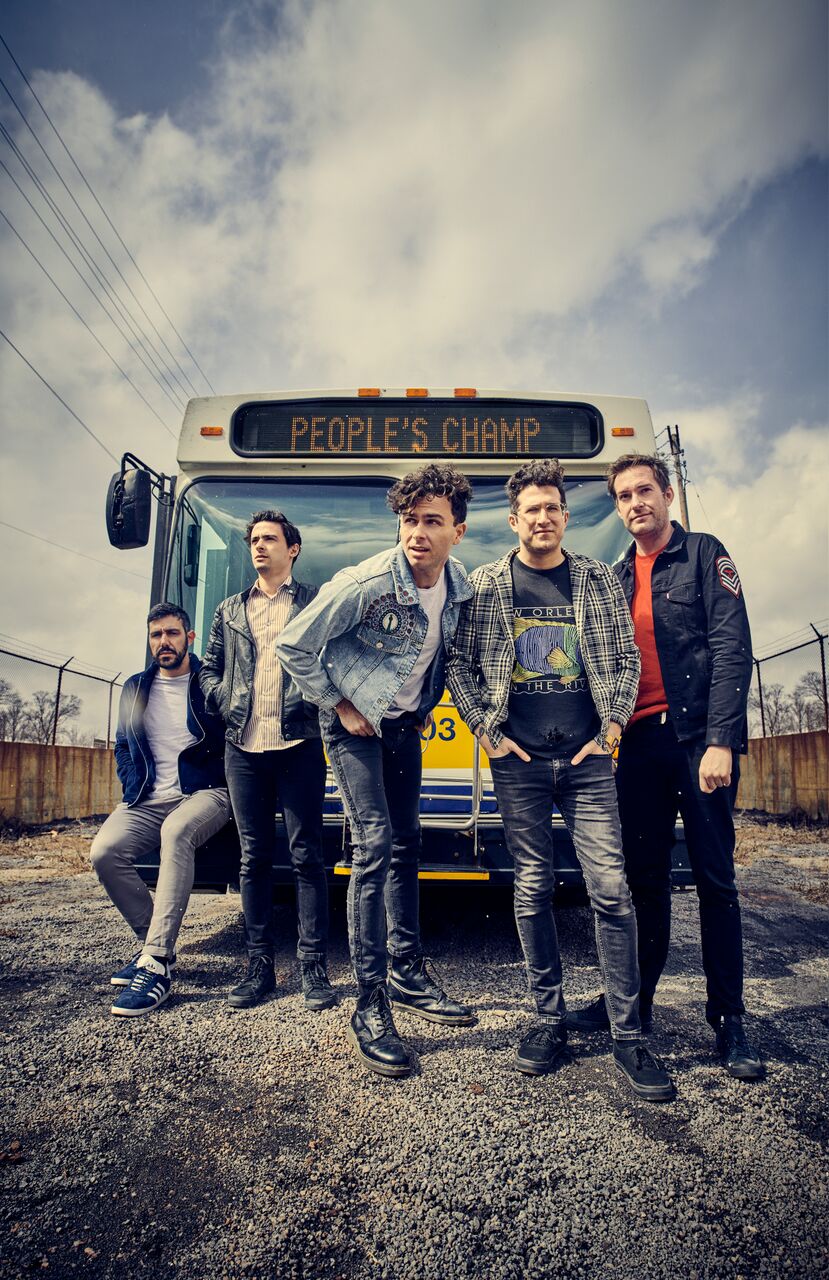 The Arkells Officially Return to Hamilton

There is a classic Hamilton tale about the legendary Pink Floyd concert that “broke” Ivor Wynne Stadium. Broke, in the sense that it was so massive that largescale public concerts were henceforth banned from the venue, saved for rare occurrences like a Rush concert in 1979, Blue Rodeo after a Ti-Cats game in 2001, and the Tragically Hip/Sam Roberts send-off concert in 2012, prior to the stadium’s demolition.

With the new Tim Hortons field, comes the time to write new tales of legendary rock shows. Enter The Rally, presented by the Arkells, featuring Cold War Kids, Bishop Briggs, and Ellevator, happening June 23rd. Five days short of exactly 43 years since that infamous Floyd show, and likely to be the biggest show the site has hosted.

However, unlike the psychedelia and property damage of the final show of the 1975 Wish You Were Here tour, what you can expect from the 2018 Arkells’ Rally is a characteristically authentic and upbeat celebration of the city, tailor-made by the hero band that Hamilton deserves.
Fresh off the release of their new album, Morning Report, and its first, feel-good, summer-banger of a single, “People’s Champ,” – that itself is a Hamilton love-in – The Rally will be their only summer show between the 905 and 416. This is key, as between festivals like Hillside, and performances at Jackson-Triggs or last year’s Budweiser Stage; big, awesome summer shows in Southern Ontario are an Arkells tradition, and building on them each year, a passion.

Of course, the maybe not-so-obvious question might be “why Hamilton?” Aside from the band’s deeply Hamilton story and identity, for a multiple Juno winning act with widespread acclaim and appeal, surely there are more renowned venues. And that’s where part of the band’s authentic appeal shines through.

“We feel so much love and support from Hamilton,” says frontman Max Kerman, “we never take it for granted, we really want to return that love and champion this city.”
And championing Hamilton will indeed be the theme of the day. The day will also include transit arrangements to and from the venue with both the HSR and SoBi. Plus, the Rally Market will be happening during the day, presented by Hamilton Flea and Girl on the Wing’s Whitney McMeekin and will feature local artists and makers. In Kerman’s words, this is about “trying to cram everything we like about Hamilton into a single day. Shining a light on the city, its like-minded people, art, music, neighbourhoods, and community.”

And not limiting the impact of the day to simply a showcase of some of the city’s best. Every ticket sold will also see $1 donated to the Refuge Hamilton Centre for Newcomer Health. In the past, the Arkells have worked with groups like the Canadian Council for Refugees, recognizing the needs of newcomers to Canada, and the struggles they face. When it comes to the Rally, Max and crew want to make sure they are making an impact in the very community that the day seeks to celebrate.

“It’s important to us as global citizens, recognizing the challenges newcomers face in our communities, and how the Rally can play a role with supporting their quality of life in the community, navigating the healthcare system and so much more,” says Kerman.
Back on the topic of doing things bigger and better, the show will also feature performances from up and coming Hamilton band Ellevator, British singer-songwriter and phenom Bishop Briggs, and acclaimed LA-based band Cold War Kids. Particularly on the latter, Kerman cites Cold War Kids were very influential to the Arkells’ formative years, and after playing shows alongside them in Tulsa, Oklahoma last year, the Arkells saw them as a perfect addition to the Rally’s line-up.

It’s these sorts of authentic, personal touches that contribute to the Arkells-appeal. More than that though, it’s the bigger picture scope they’ve brought to this show that makes it truly resonate with fans and Hamiltonians alike. It’s the awesome international acts, the celebration of the city and its people, and the social impact for newcomers to our community that makes The Arkells Rally not only Hamilton’s show of the summer but also cements it as an epic new tale in the city’s musical history.