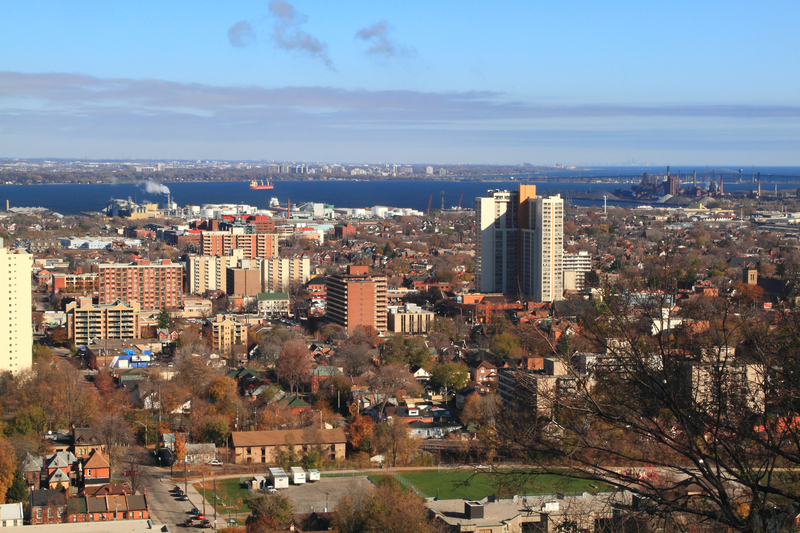 At risk of being hugely and happily controversial, Hamilton is THE hero of Canadian cities.

Now, if you listen closely, you can already hear the condescension from down the road, but bear with me.

This is because Hamilton is the closest thing Canada has to a large, healthy city, with a distinct character and culture, in the US sense.  In fact, I will even fan these flames by gladly stating that every city not in the top ten Canadian CMA population list (and even some that are) should be rooting for it.  Hamilton’s continuous re-emergence and revitalization is not simply a success story for it’s residents, but for Canadian cities, and Canadians in general.

What do I mean by “the US sense?”  I mean that from a domestic, or at least North American tourism perspective, when you consider cool cities to explore in the US you of course have New York, Los Angeles, Chicago, but then you have an additional 100 or so that also have their own unique cultures, stories, customs, foods, architecture, and infrastructure.  From Boston, to San Francisco, to Portland, to Pittsburgh, to Nashville, to New Orleans and so on, most of them not even state capitals.

Now, I will concede that when the population of the US was comparable to Canada’s now, the year was 1860.  Also, in terms of coordinated urban development, Canada is far younger than the US.  Moreover, between both points, Canada has a total of six developed CMAs of over one million people, whereas the US has 53.

So yes, not apples to apples, but hear me out.

Compare domestic tourism in Canada vs the US, and the number of cities that people get really, actually, truly excited about in each country.  If we’re to be really, actually, truly honest with ourselves, in Canada we have what, maybe five or six?  Toronto, Montreal, Vancouver, Calgary, Ottawa and Quebec City?  All great cities in their own right, but also all of them are just the largest Canadian CMAs in order (with the exception of QC, which is #7).

The remaining CMAs? Edmonton (#6), Winnipeg (#8), Hamilton (#9), Kitchener-Cambridge-Waterloo (#10).  Now, from those remaining, subtract provincial capitals which, again for the sake of being controversial, are just large population/tourism centres by default.  What you have left is Hamilton and KCW.

Taking this even further, consider the remaining Canadian cities that muster even a semblance of the same sort of excitement and interest that those US ones do, from Halifax to Victoria, what we have is still really only a double handful of destinations.  And again, unlike cities like San Francisco, Pittsburgh, or New Orleans, all those remaining Canadian cities tend to be provincial capitals, in other words, default.

Now, clichéd national media metaphors of Hamilton as an aged fighter punching above its weight aside, the re-emergence of both Hamilton’s economy and its once severely maligned identity on a national level is really no small feat.  This is particularly true when you consider that Toronto, Canada’s economic, tourism and cultural centre is a mere 40 minutes away (on a good day).  Now yes, much of the economic revitalization has a relationship to Toronto, but culture, stories, food, architecture, infrastructure?  This is purely and distinctly Hamilton.

Only 40 minutes away from the unofficial Canadian centre of the universe, and yet Hamilton remains a city in the truest sense of the word, maintaining Canada’s ninth largest population and its own distinct and proud identity, that’s an accomplishment.  Pittsburgh, possibly one of the best points of US comparison has a comfortable gap of six hours from NYC, heck, even Philadelphia has two.

This matters, because as we as Canadians look towards our next 150 years, we need to do a better job of not only appreciating, but celebrating our cities.  As far as population trends go, we as Canadians continually drift to our large urban centres, particularly the top three.  Deeper social problems aside, this allows for the slow extinguishing of our collective culture and history.

I’m not saying Hamilton is Canada’s hero city because everyone should come to explore Hamilton instead (though, they should), but rather because everyone should explore beautiful Canadian cities like Moncton, Kingston, Peterborough, Kelowna, Lethbridge, and on.  As a nation of adventurers and explorers, the more we prize five cities above all others, the more we lose rich, cultural, urban destinations to really and truly explore, enjoy, and continually create.

In the cause of rediscovering Canadian cities, Hamilton is not only the symbol, it’s the champion.