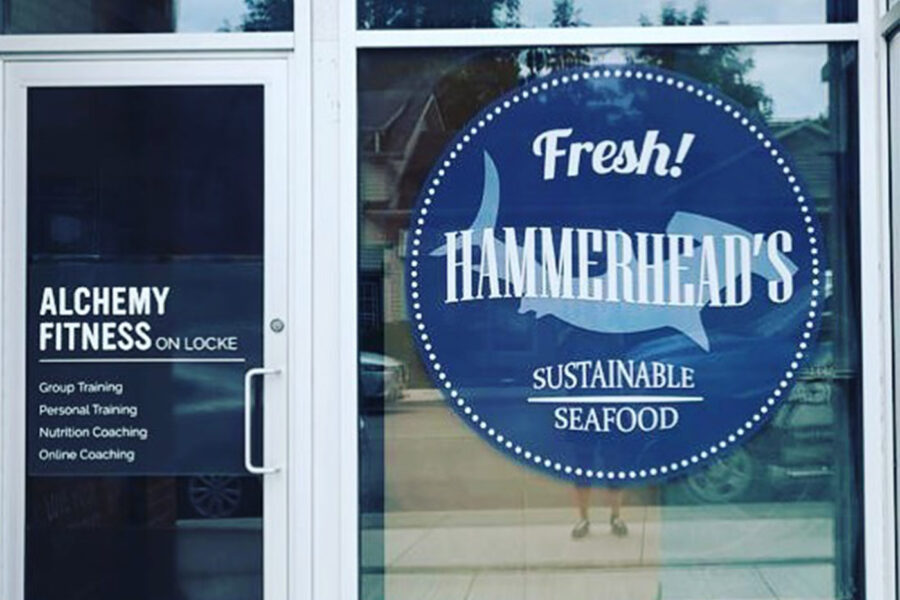 Hamilton’s fish & chips lovers routinely cite Hammerhead’s, a staple of Crown Point, as having some of the best in the city.

Now, that famed fish & chip shop has expanded with a brand new fresh fish market that opened just recently as part of the Locke Street strip.

The sister shop, called Hammerhead’s Fresh on Locke, officially opened at the beginning of September, where they specialize in “fresh, sustainable, and traceable seafood” from salmon to shrimp, cod to crab, and much, much more.

Much of the shop’s product line is sourced right here in Canada and labelled by location in-store, so locals know exactly where their seafood is coming from.

A visit to Hammerheads Fresh on Locke is also sure to be accompanied by an ever-changing selection of readymade eats, with recent examples including Fogo Island shrimp on brioche with tarragon aioli, lobster rolls, house-made chowder, and beyond.