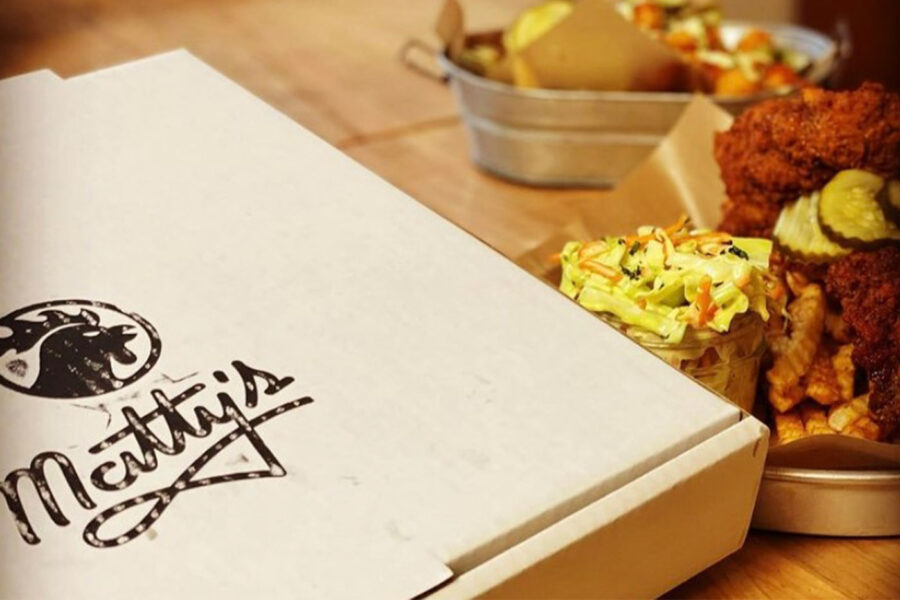 If one thing’s for sure, Hamilton loves its chicken.

Local chef Michael Cipollo certainly knows it, which is why the city will soon see the launch of Matty’s Hot Chicken: a brand new spot to satisfy those cravings.

Cipollo, the culinary brain behind the hugely popular HAMBRGR and forthcoming King William restaurant UnDefined, has announced that Matty’s Hot Chicken is on the way soon, arriving first in the form of a pop-up to give locals their first flamin’ taste of that delicious hot chicken.

From there, the plan is to open full brick & mortar locations of Matty’s Hot Chicken both here in Hamilton as well as St. Catharines.

Joining the city’s fried chicken favourites like The Pigeon, Uncle Ray’s Food & Liquor, and H’s Fried Chicken, Matty’s promises to specialize in that coveted Nashville hot fried chicken, bringing together the best of both worlds when it comes to satisfying crunch and spicy kick.

“We’re hot chicken but so much more than that,” promises Matty’s Hot Chicken on their new Instagram page, which otherwise features next to no immediate details about this delicious new restaurant venture.

Locals can follow Matty’s on social media to stay up to date on the forthcoming pop-up and eventual full restaurant right here in Hamilton. Let the drooling commence.