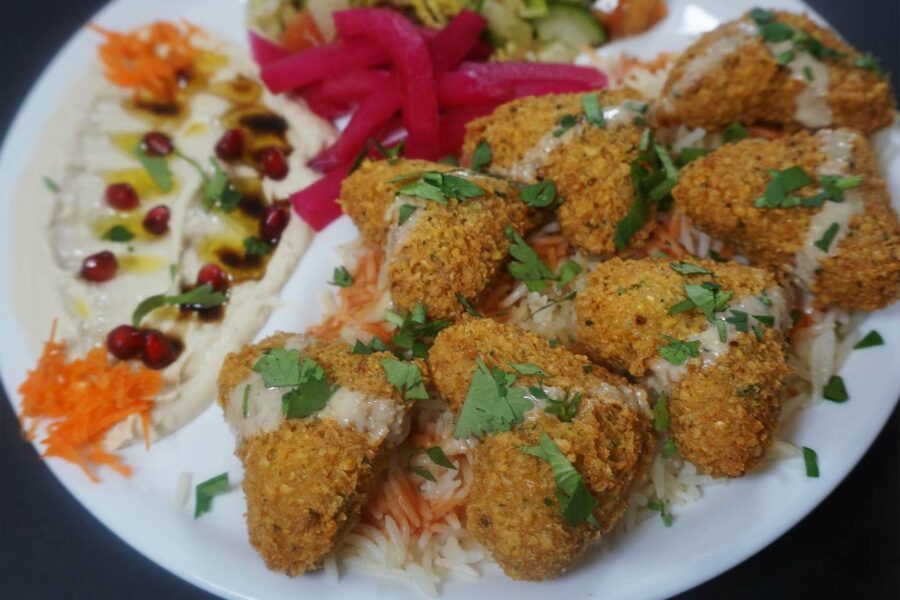 Syrian restaurant Tomah is reopening in a new location in Hamilton

A beloved Syrian restaurant that sadly closed its doors in Hamilton a few months ago is making a welcomed return to a brand new location.

Tomah, formerly located at 132 Queen Street South, is a total hidden gem serving up a sizeable variety of Syrian dishes, from shawarma to turkmani cheese sandwiches to the lightest, most delicious falafel you could ever want.

Two years ago, the Tomah family moved to Hamilton from Syria. They say they always wanted to start a business "that would allow Canadians to experience our food."
Had an incredible meal at Tomah: Taste of Syria today, and can't recommend it highly enough. pic.twitter.com/3kf5d1In5V

Headed by Chef Mohamad Tomeh who first moved to Canada in 2018 as a refugee, the restaurant was faced with little choice but to close at their previous location back in February after their landlord requested a near $1,700 increase in their rent.

Though closing that first location was difficult, Chef Tomeh nonetheless expressed that this wouldn’t be the last Hamilton would see of his delicious food.

Thankfully, the wait for Tomah’s return hasn’t been too long, with the restaurant announcing that it will soon reopen in a new location at 242 King Street West, in the space that most recently held Thai Chili.

A specific opening date is still to be announced, but those excited to taste Tomah’s fantastic food once again can follow the restaurant on social media for updates!